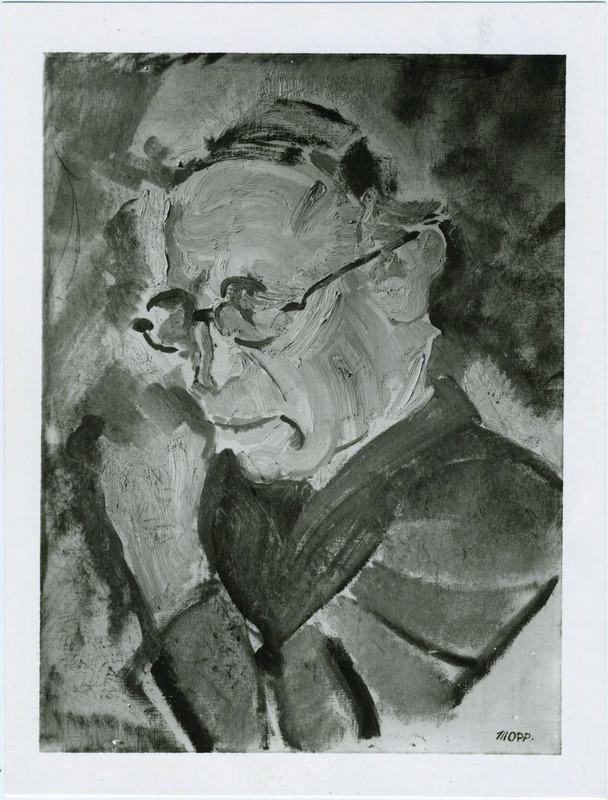 Moissey Kogan was a Jewish sculptor and graphic artist, born in 1879 in Orhei, Bessarabia (now Moldova). He began his artistic career in Munich in 1903 and moved to Paris in 1910. While exhibiting at the Salon d'Automne in 1925, Kogan was elected vice president of the sculpture committee. He also exhibited in other Parisian galleries, as well as in Berlin, Leipzig, Hamburg, Munich, and other German cities. Kogan made terracotta figurines and marble, wood, and limestone sculptures. He was also a master of woodcut, linocut, and lithography. His themes included the Bible, Jewish history and mysticism, as well as cultures of the East. Kogan was arrested by the Vichy Police and interned in the concentration camp at Drancy. He was deported to Auschwitz on February 22, 1943.

Max Oppenheimer (also known as MOPP) was born in 1885 in Vienna, Austria. After completing his studies in Vienna and in Prague he shared a studio with Egon Schiele in 1910, and developed a very personal, expressionist style. He moved to Berlin in 1912, around which time he took up etching, and then moved around Switzerland in the 1910's and early 20's before returning to Berlin in 1926. He immigrated to New York in 1938, where he died in 1954.