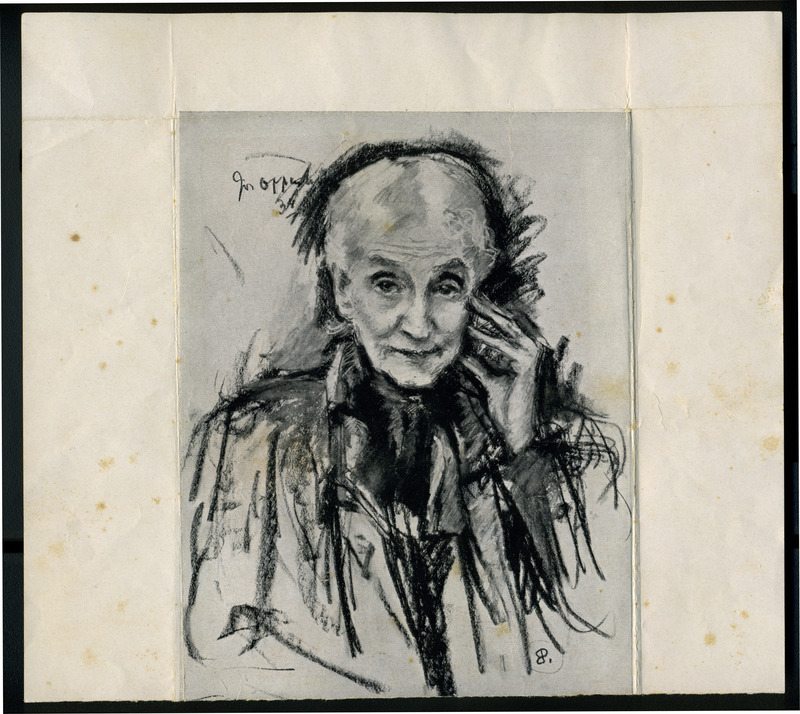 Bertha Pappenheim was an Austrian feminist, a social pioneer, and the founder of ‘Jüdischer Frauenbund’, the Jewish Women's Association.

Joseph or Josef Oppenheimer was a portrait painter, born in Würzburg, Germany. He studied at the Munich Academy of Art and traveled to Italy, London, and New York. He was friends with James Whistler, who persuaded him to join the Berlin Secession. He married his second cousin, Fanny, in 1908 and moved to Berlin. The couple emigrated to London once Hitler gained power in 1933, and Fanny made multiple trips back to Germany to get most of their possessions and his artwork. After his daughter married and moved to Canada, he split his time between Montreal and New York.