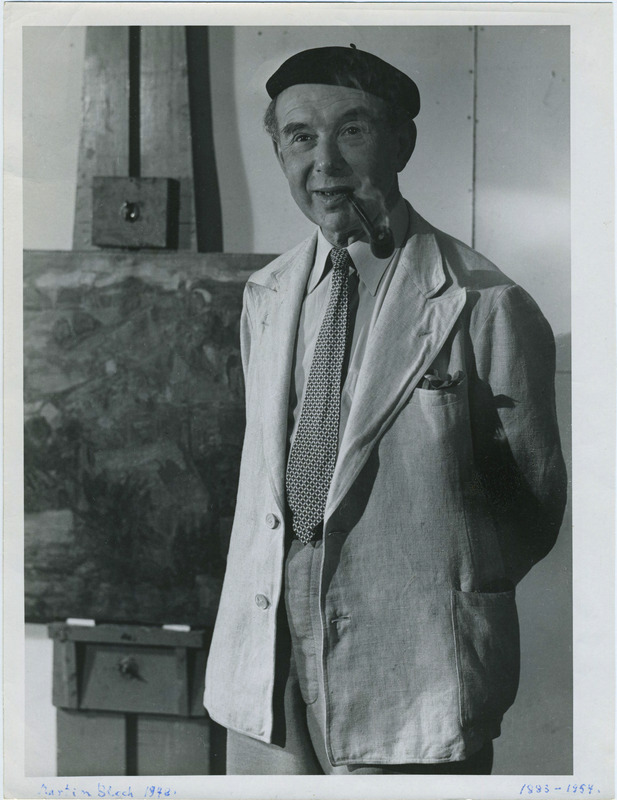 Martin Bloch was an Expressionist painter born in Neisse, Silesia (Nysa, Poland) in 1883. He studied violin and architecture before pursuing art, which he studied in Munich and then in Berlin. Bloch traveled to Paris in 1912 and then Spain, where he was stranded during World War I and worked with Jules Pascin. He returned to Germany and exhibited his works from 1920 to 1933, during which time he also ran an art school. In 1933, he escaped Nazi Germany, spending a year in Denmark before emigrating to London and reopening his art school. During World War II he was briefly interned as an enemy alien on the Isle of Man. Martin Bloch became a naturalized British citizen in 1947; he died in London in 1954.