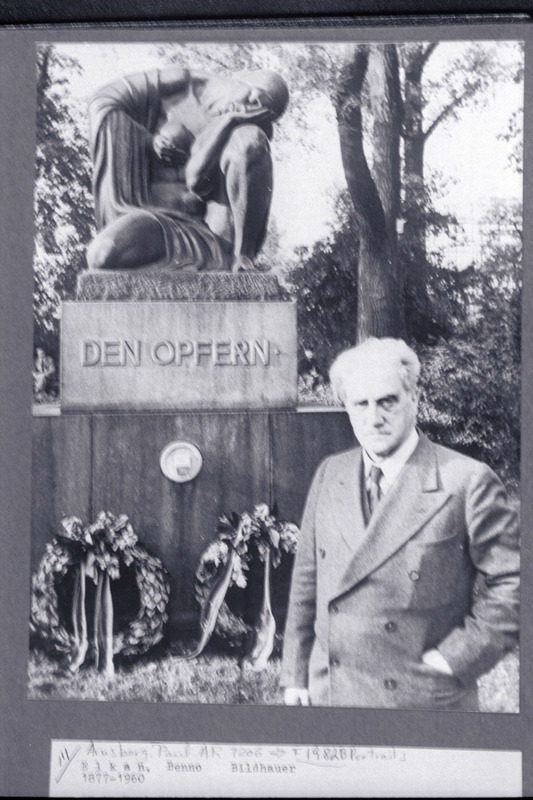 Benno Elkan’s memorial sculpture “Den Opfern” (To the Victims) is a symbol of the universal mourning for the victims of World War One.