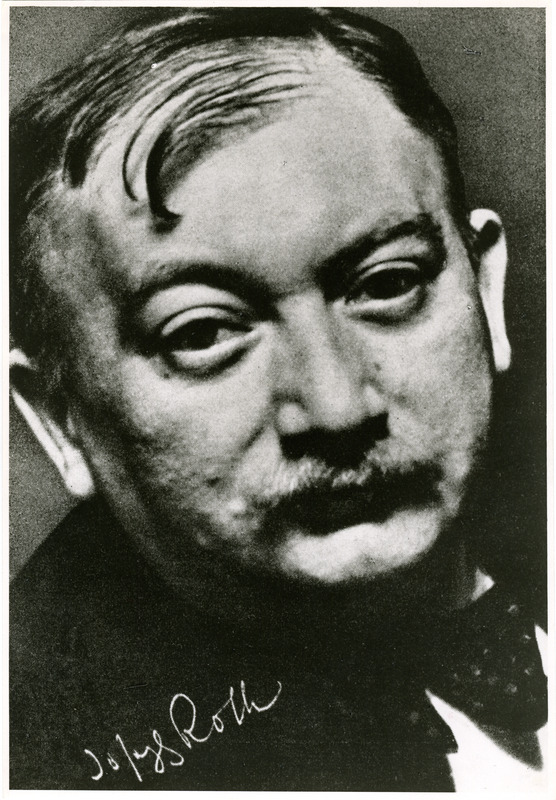 Joseph Roth was born in Brody, Galicia (Ukraine) in 1894, the son of Maria (Miriam) Roth née Grübel and Nahum Roth. He studied German and philosophy at the universities in Lemberg (L'viv, Ukraine) and Vienna, but did not graduate: he and his friend Józef Wittlin volunteered in the Austrian-Hungarian Army. In 1918, Joseph Roth returned to Vienna, where he started his journalistic career, writing for left-leaning journals, continuing after his move to Berlin. In 1922, he got married to Friederike Reichler. At that time, Roth was one of the best-paid German journalists, writing reports, essays, opinions, book- and theatre reviews, as well as serialized travelogues from his trips to Germany, the Soviet Union, France, Italy, and the Balkans. He also contributed to papers in Frankfurt and in Prague; Joseph Roth wrote over thirteen hundred newspaper articles in the inter-war period. At the same time, Roth’s novels and short stories were published with much acclaim, particularly the later novels “Hiob” (Job) and “Radetzkymarsch” (The Radetzky March), published in 1928 and 1930, respectively. Roth escaped Nazi Germany in 1933, settling in Paris and contributing both to French and exile newspapers. Joseph Roth died in Paris in 1939.