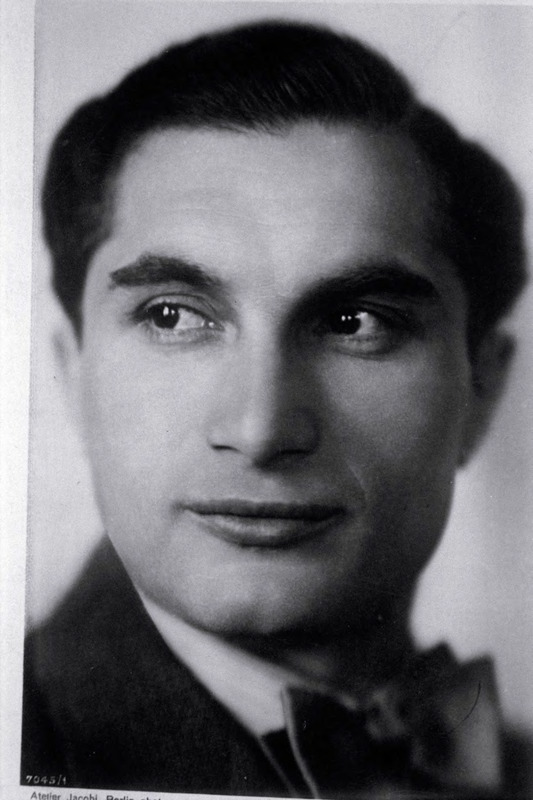 The tenor Joseph Schmidt was born in Davideny near Czernowitz ((Davydivka, Ukraine) in 1904. He started singing early on in life and joined the local synagogue's children's choir. In 1925, he went to Berlin to continue his training. Since he was very short, he was not suitable for the opera stage. Instead, he recorded his songs, and his works were broadcast on the radio with tremendous success. Between 1929 and 1933 he enjoyed an unparalleled following as one of the most celebrated tenors. In 1933, he starred in his first major film, "Ein Lied geht um die Welt", before moving to Vienna. He completed two more films in London and performed in Holland, Belgium and New York in 1937. In 1938, Joseph Schmidt left Vienna to escape the Nazis, but he was interned in a prison camp in Girenbad, Switzerland, where he died from a heart attack in 1942.