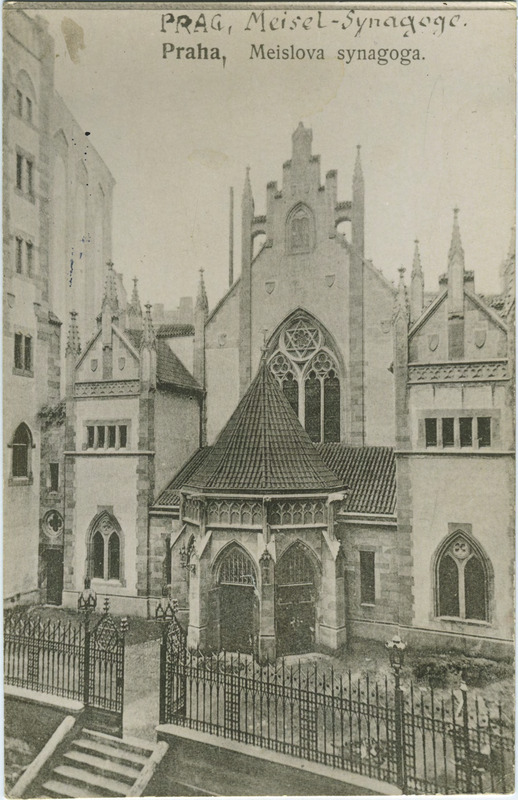 The Meisel (Maisel) synagogue in Prague was originally consecrated in 1592, an initiative of the Jewish communal leader Mordecai Meisel (1528-1601) and with permission of the emperor Rudolf II. It was totally reconstructed in the early 20th century, designed by the architect Alfred Grotte in a neo-Gothic style.