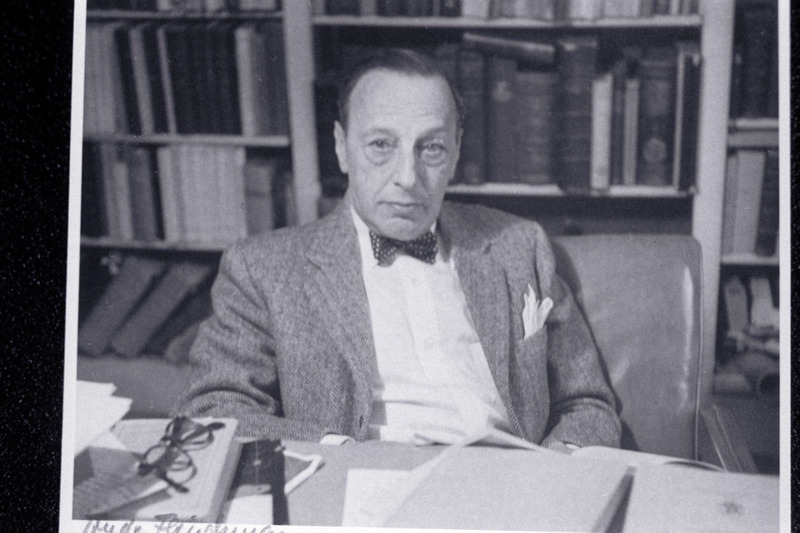 The historian Ernst Kantorowicz - born in Posen (Poznan, Poland) in 1895 – worked primarily on the history and art of the Middle Ages and became most famous for his biographies of Emperor Frederick II, (1194–1250). Kantorowicz received his doctorate at Heidelberg in 1921 and began teaching at Frankfurt am Main in 1930, when he was a member of the intellectual circle around the poet Stefan George. After protesting the antisemitic regulations of the early Nazi government, he was dismissed as a professor, and he emigrated to Great Britain in 1938 and to the United States in 1939. Until 1951, Kantorowicz taught at the University of California, Berkeley, when he left in protest of the “loyalty-oath”, requiring all university employees to affirm their allegiance to the constitution and their opposition to Communist and similar organizations. He then served as professor at the Institute for Advanced Studies in Princeton until his death in 1963.

The photographer Trude Fleischmann was born in Vienna in 1895 and opened her first studio in 1920. It was a favorite haunt of artists and intellectuals alike until 1938, when she escaped Nazi regime and emigrated to New York, where she resumed her studio work in 1940. After a sojourn in Switzerland, Trude Fleischmann died in Brewster, NY in 1990.