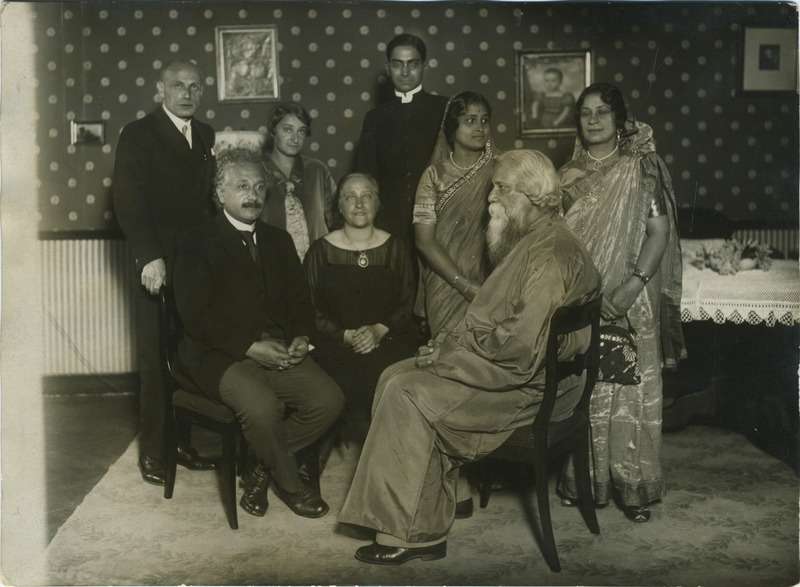 The Indian poet and philosopher [Tagore] stayed in Berlin to give a lecture on the philosophy of his homeland, and he was a guest of Einstein.

Prasanta Chandra Mahalanobis was an Indian scientist and applied statistician, best known for his work in anthropometry and creating the Mahalanobis distance, which is a statical measurement. He also worked at Visva-Bharati University, established by Rabindranath Tagore. In Tagore's later years, Mahalanobis served as his secretary. In 1923, he married Nirmalkumari Maitra.

Pratima Devi was an Indian Bengali artist. Devi studied under Nandalal Bose and Rabindranath Tagore, who arranged for her to marry his son, Rabindranath. The couple divorced after Tagore died in 1941.