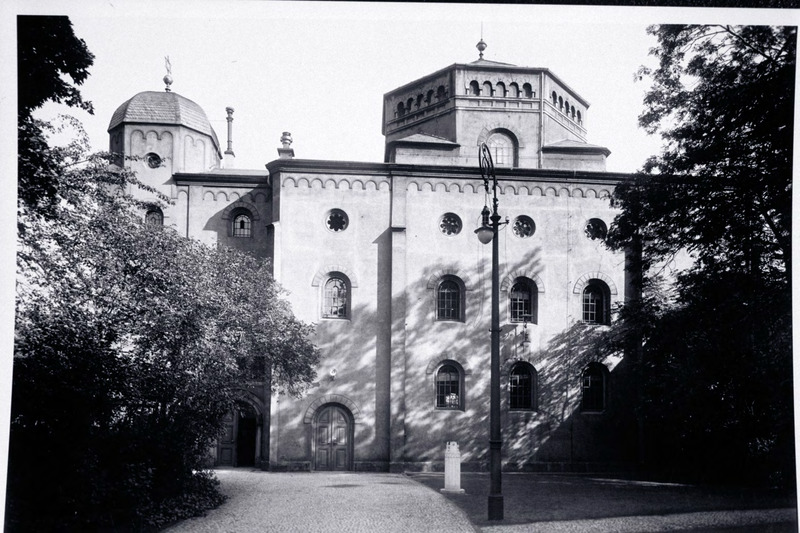 Also known as the Semper Synagogue, as it was designed by Gottfried Semper (1803-1879), it was inaugurated in 1840. Though the exterior was Romanesque and relatively subdued, the interior was lavishly outfitted in a Moorish revival style, which was widely admired and imitated elsewhere. The synagogue was burnt down on Kristallnacht, but a Star of David on the top of the building was saved by a firefighter, Alfred Neugebauer, who returned the star to the Jewish community in 1949.