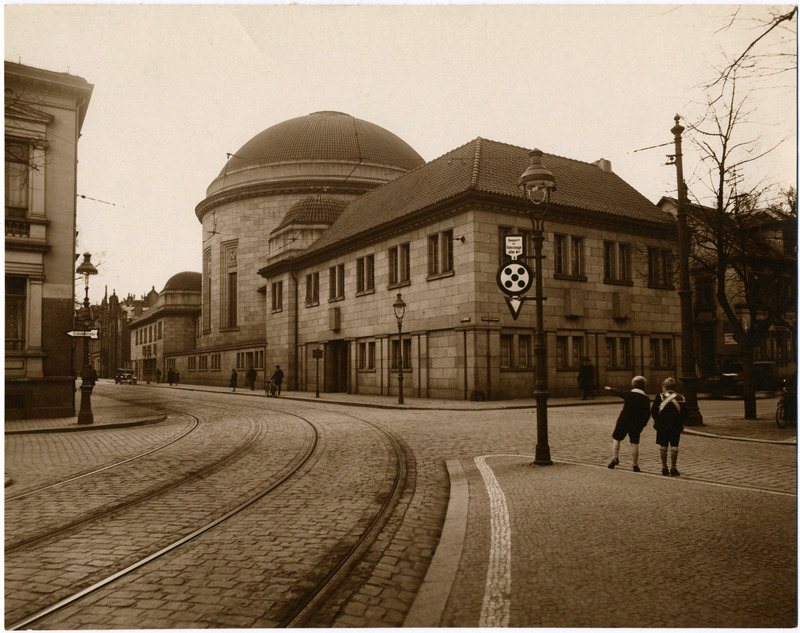 The neo-classicistic synagogue in Offenbach am Main was consecrated in 1916 as a last example of Germany’s ‘Golden Age’ of synagogue architecture that began with the Jews’ emancipation in the mid-19th century. It was built upon the initiative of Siegfried Guggenheim, and designed by architects Fritz Schwarz and Karl Wagner as well as by the artist Richard Throll. The synagogue was demolished during Kristallnacht, but the building was preserved.

Synagogue in Offenbach at Goethestrasse 5 on the corner of Kaiserstrasse, Leo Baeck Institute, F 19970.