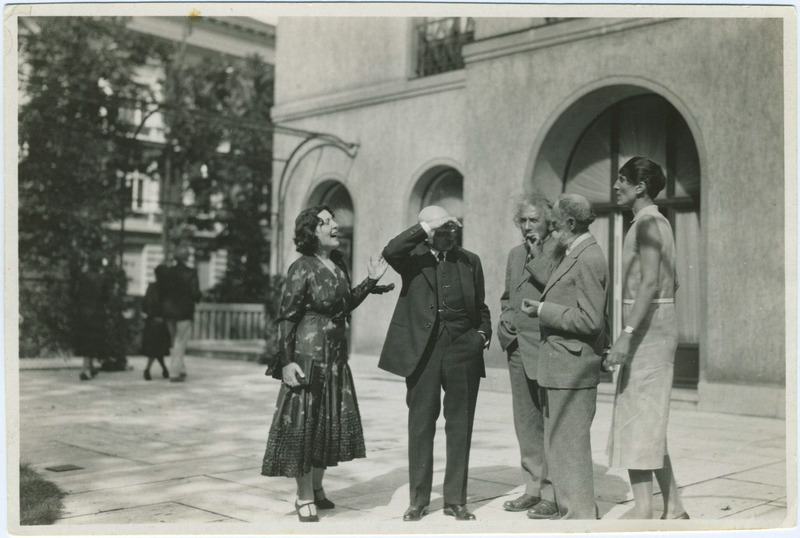 Aristide Maillol was a French sculptor, painter, and printmaker.

Renée Sintenis was a German sculptor, engraver, and illustrator.

Max Liebermann was a German painter and graphic artist. He was a key figure of German Impressionism and the Berlin Secession.

Hugo Simon was a wealthy German-Jewish banker. His house on Drakestrasse was a center for art and culture, visited by a number of intellectuals, writers, artists, and other connections. Simon later sold off parts of his art collection to help finance operation to aid refugees in France. Simon emigrated to Brazil to escape Nazi persecution, eventually settling in São Paulo. At one point he owned a silkworm farm.