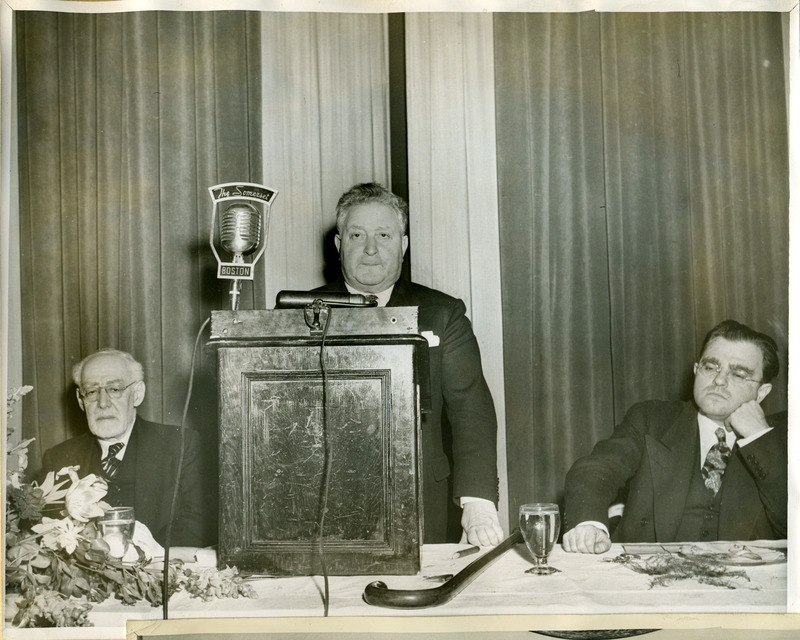 In late 1946, The Union of American Hebrew Congregations launched the “American Jewish Cavalcade” to bring American Jews back to Judaism and to the congregations affiliated with the Union. Over the following several months, outstanding rabbinical leaders visited many communities, supported by newspaper publicity and radio events.

The Reform rabbi Joshua Loth Liebman was born in Hamilton, Ohio in 1907. From 1939 until his early death in 1948, Rabbi Liebman served at the Reform synagogue “Temple Israel” in Boston, Mass. His best-selling book “Peace of Mind” on the interplay of religion and psychiatry was published in 1946.