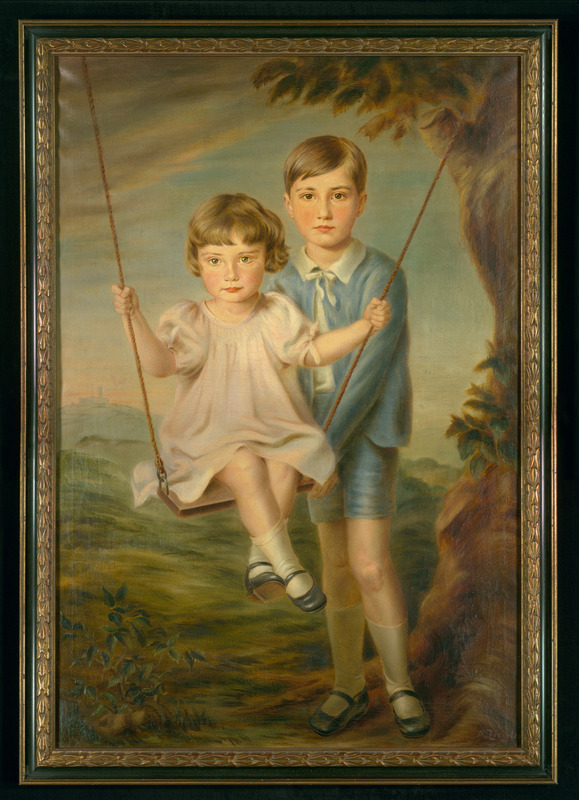 Erich Wronker was the eldest son of Hermann Wronker (1867-1942), a German-Jewish department store owner. Erich served in World War I on the eastern front until 1916, when he contracted tuberculosis and died two years later. His younger brother, Max, named his son “Erich”.

Alice Wronker was born in 1898, the only daughter of Hermann Wronker (1867-1942), a German-Jewish department store owner. She studied at the Viktoria School until 1914, and then worked for two years at the Outpatient Clinic for Internal Medicine at the Jewish Hospital in Berlin, before serving for 1½ years at the Archive for the Assistance of Prisoners of War. In 1921, she married the orthopedic surgeon Hermann Engel; they had two daughters, Ruth and Marion, and the family lived in Berlin until 1936, when they moved to Cairo. The family emigrated to the United States in 1949, settling in New York City.

Adolf Ziegler (1892-1959) was the leading exponent of Nazi-controlled, realist art that was the showcase of Nazi aesthetic ideology. In 1936, Ziegler was appointed president of the Reich’s Chamber of Art and put in charge to organize the infamous "Degenerate Art" exhibition in Munich in 1937. It presented artworks of modern masters of the past 50 years that included works from Klee to Kandinsky, from Beckmann to Kokoschka, to name a few. In 1939, about 4000 canvases were burned in the courtyard of the Berlin Fire Brigade.