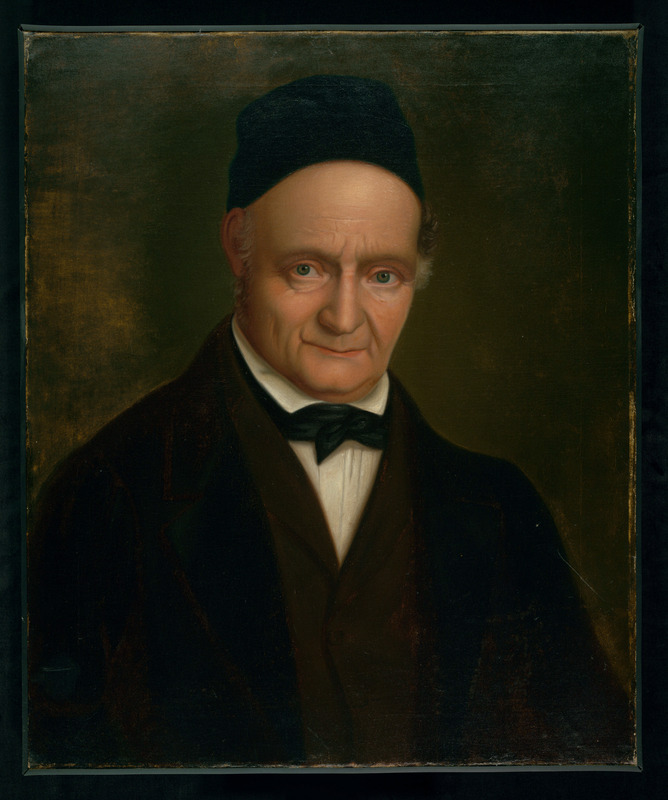 Zadok Doerzbacher-Koch (1783-1852) was the maternal great-grandfather of Albert Einstein. According to Edgar Denison, the painting was owned at one time by Eugen Fellheim, owner of an optical business named Gebrüder Koch in Stuttgart and Denison's grandfather. It is very likely that the store must have been owned previously by the sons of Blümle and Zadok Doerzbacher Koch. After Eugen and Rosa Fellheim's death, the painting hung in the home of Dr. Walter and Marie Denison and was then shipped from Switzerland to Edgar Denison in Kirkwood, Missouri. In 1979, Mr. Denison wrote to Helen Dukas, Einstein's executor, who advised him to donate the painting to the LBI, where it arrived 25 years later.