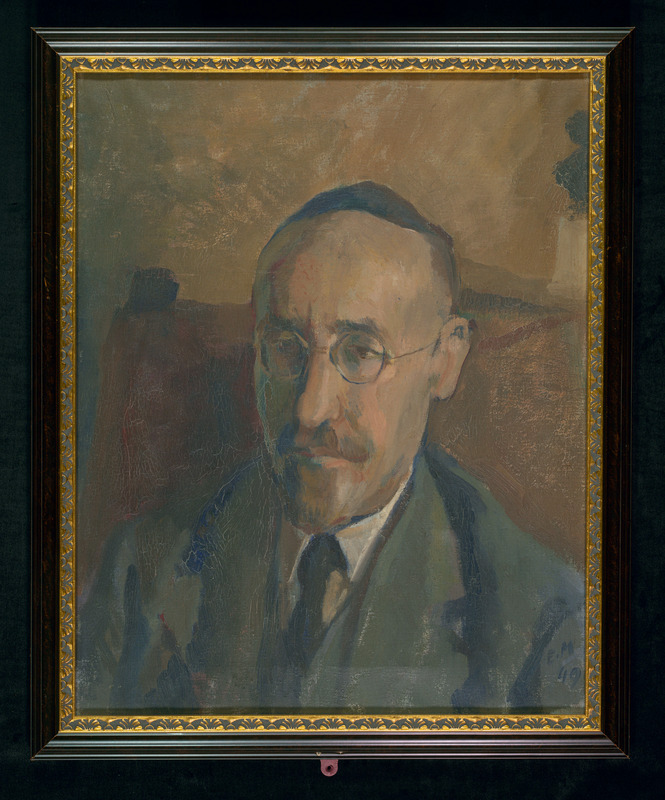 David Samuel Margules was born in Lemberg, Galicia (Lviv, Ukraine) in 1884, the third of the six children of the leather dealer Menachem Mendel Margules and his wife Penina Pess. In opposition to the religious culture of Orthodox Jews in Galicia, David Samuel attended the renowned Benedictine Schotten-Gymnasium in Vienna and earned a doctorate in philosophy, before completing his rabbinical studies. In the 1920s he served as rabbi in the Tachov/Tachau district near Marienbad (Mariánské Láznì) in Czechoslovakia. In 1929 he was elected by the Jewish congregation in Salzburg, Austria to become their rabbi, a position that he held until the congregation’s dissolution in Kristallnacht, November 1938. During that time, one of the most prominent members of the congregation was the author Stefan Zweig, when – due to virulent and growing anti-Semitism - the Jewish community in Salzburg was constantly shrinking. During Kristallnacht, most of Salzburg’s Jewish men were arrested, seven Jewish shops were looted, and the synagogue was severely damaged. 26 Jewish men, including Rabbi Margules and the president of the Jewish community, Otto Löwy were deported to the Dachau concentration camp. Margules was released upon the promise to leave the country, and in 1939, he and his family – his wife Rosa and their two daughters, Josefa Nina and Gabriele Ella – emigrated to Cambridge, England, where Rabbi David Margules died in 1951.

Gabriele Margules was born to Jewish parents in Tachov, Czech Republic in 1927. She and her family immigrated to the United States in 1954. She studied at Cambridge School of Art in England from 1944-1947, the Royal Academy School in London, and the New School in New York City (postgraduate). She was a publishing company executive and won a number of awards for her artwork.