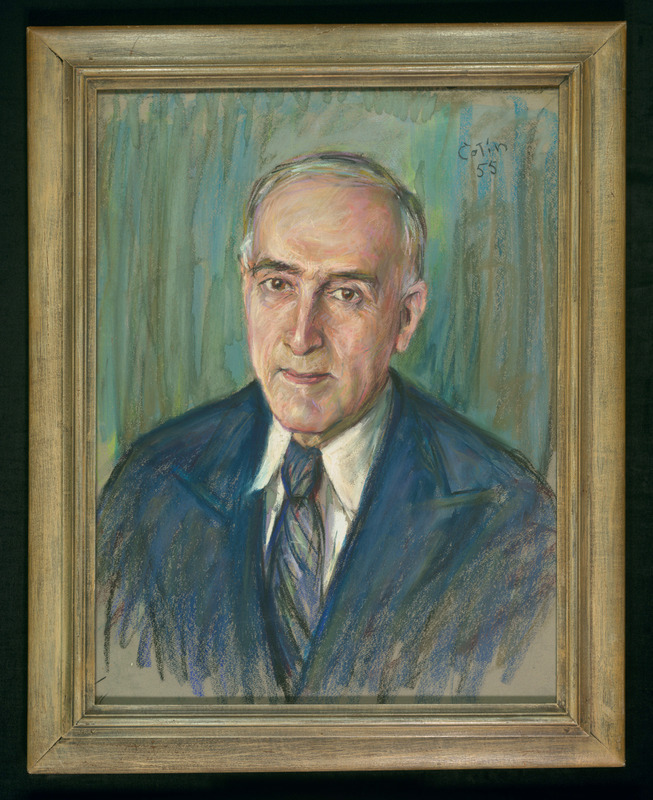 Ernst Gräfenberg (26 September 1881 in Adelebsen near Göttingen - 28 October 1957 in New York) was a German-born medical doctor and scientist. Gräfenberg studied medicine in Göttingen and Munich, obtaining his doctorate in 1905. In 1910 Gräfenberg started work as a gynaecologist in Berlin, as well as beginning scientific studies at the Berlin University on the physiology of human reproduction. During the First World War, he served as a medical officer. In 1928 he began lecturing about the Gräfenberg ring (an intrauterine contraception device) he had invented. As a jewish physician, Gräfenberg was forced in 1933 to give up his post as head of the department of Gynaecology and Obstetrics in Berlin-Britz, but believing himself to be safe, he stayed in Germany. In 1937, however, he was arrested for allegedly smuggling a valuable stamp out of Germany. With the intervention of friends at the International Society of Sexology he was able to escape Germany in 1940 and emigrate to California. He died on 28 October 1957 in New York. Gräfenberg gained fame for studies of the female genitals, and female sexual physiology in general. His published papers include the seminal The Role of Urethra in Female Orgasm in 1950, in which he describes female ejaculation, and an erotic zone where the urethra is closest to the vaginal wall. In 1981 John Perry and Beverly Whipple named this area the Gräfenberg spot, or G-spot after him.

Richard Colin was a painter born in Dresden in 1887. He studied art in Breslau and Berlin and was a student of the painter Eduard Kaempffer. He worked as an artist in Berlin for several years until he was banned from artistic work in 1935 by the Nazis. He survived World War II with the help of his Gentile wife and friends who hid him to prevent his deportation to a concentration camp. After the war he became a teacher at the Hochschule für bildende Künste and taught night classes for the British Army. In 1947 he emigrated to New York where he continued to be active as a painter (particularly in the 1950's) and lived until his death in 1971.