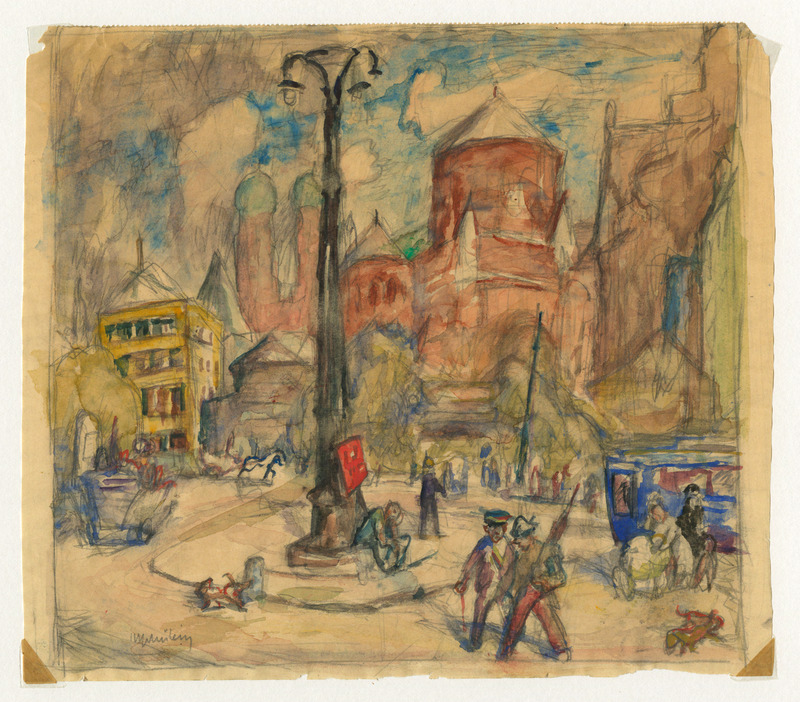 Julius Wolfgang Schülein (1881 Munich —1970 New York). After studying law and philosophy, Schülein enrolled at the Academy of Fine Arts in Munich, from which he graduated in 1907. The next year he became a student at the private art school "La Palette" in Paris, where he met the future portrait painter and designer Suzanne Carvallo, whom he married in 1912. After Schülein’s return to Munich in the same year, he co-founded the New Secession, a movement dedicated to promoting innovation in contemporary German art. The Schüleins belonged to a circle of prominent artists and intellectuals in Munich. Among their friends were Heinrich and Thomas Mann, Lion Feuchtwanger, Paul Klee and Vassily Kandinsky. In 1930 the Schüleins moved to Berlin. In 1933, with the intervention of the French ambassador to Germany, François Poncet, the Schüleins were able to flee to Paris. After the outbreak of the war, Julius was separated from his wife and interned as an enemy alien at Montauban, near Bordeaux, and other internment camps in the South of France. In 1940 Suzanne Carvallo-Schülein fled from Paris to the South of France, where she was finally reunited with her husband in 1941. After a dangerous escape via Spain to Lisbon, they embarked on a ship bound to New York in 1941.