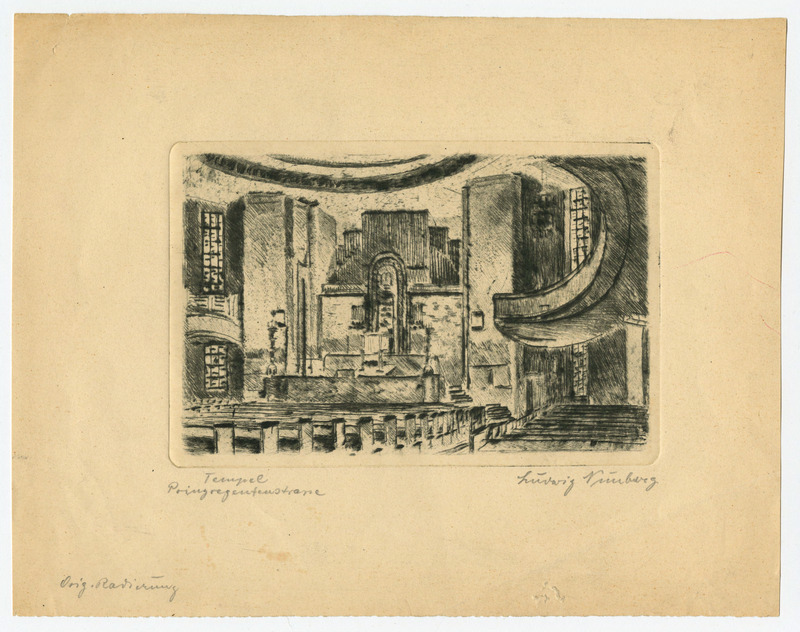 Completed and inaugurated in 1930, the Prinzregentenstrasse Synagogue was designed by Alexander Beer, a German Jewish architect, (10 September, 1873-8 May, 1944) who died during the Holocaust. The plans for the synagogue had been on the table since 1913, when the Jewish community of Berlin got the land, but the plan was put off until 1930. Three years after the completion of the synagogue, the Nazis rose to power, and as a result the synagogue was burnt down on Kristallnacht in 1938.

Alexander Beer was born in 1873 in Hammerstein (today Czarne, Poland). He worked for the department of buildings in Hesse, but left that position when he refused to convert from Judaism to get a promotion. Afterward he became the head of the department of buildings and construction for the Jewish community of Berlin, where he built synagogues, Jewish schools, Jewish nursing homes and other buildings for the community. On March 17, 1943 he was deported to Theresienstadt, where he died a year later.