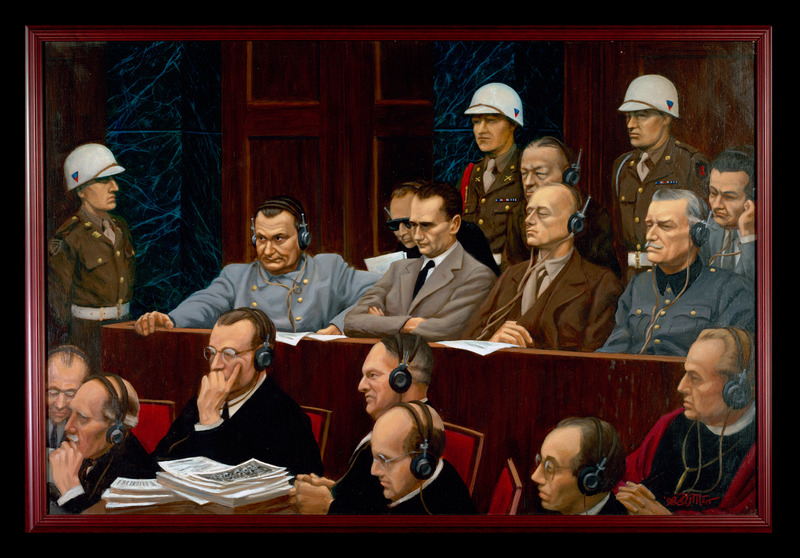 As a young officer, Robert Backes attended the Nuremberg Tribunal in 1946 and was reminded of this time by an article and a photo in the Retired Officer Magazine, published in November 1995. The photo showed some of the top Nazi officials during the trial, an image that so captivated Robert Backes that he decided to commission Florida-based artist David Meo to capture this photo, with some minor alterations, in an oil painting. Following the advice of his Jewish wife, Robert Backes donated the painting to the LBI before moving from his New Jersey home to Florida in 2005.