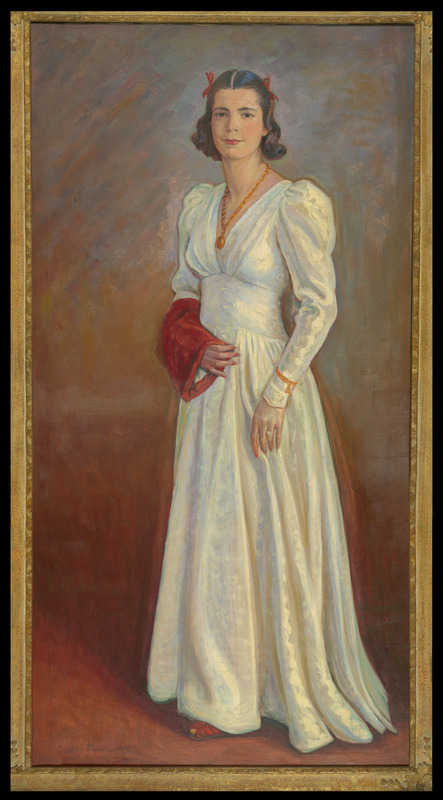 Rose Susan Hirschhorn Behrend was the daughter of Fred Hirschhorn, founder of the General Cigar Company (known today as the Culbro Corporation). She graduated Smith College in 1935, majoring in Elizabethan History and attended the University of London for two years to pursue studies in British History and Literature. She was very active in the humanities for most of her life, working as a museum guide and serving on committees of various institutions and clubs.

Joseph Margulies was a highly awarded American painter, etcher and lithographer. He came to the United States from Austria at an early age. He studied first under the great master of lithography and etching, Joseph Pennell (1857-1926) at the Art Students’ League in New York from 1922 to 1925. Margulies then continued his artistic education at the National Academy of Design and at the Ecole des Beaux Arts in Paris. He then completed an apprenticeship with Maynard Waltner in Vienna. For the following five decades Margulies excelled in every artistic medium. Whether in etching, lithography or in painting he established himself as perhaps the greatest portrait artist in America and was commissioned to execute the portraits of presidents and other distinguished individuals. American museums that include his original etchings and lithographs in their permanent collections are the Metropolitan Museum, New York, Yale University, the Library of Congress and the Smithsonian Institute.