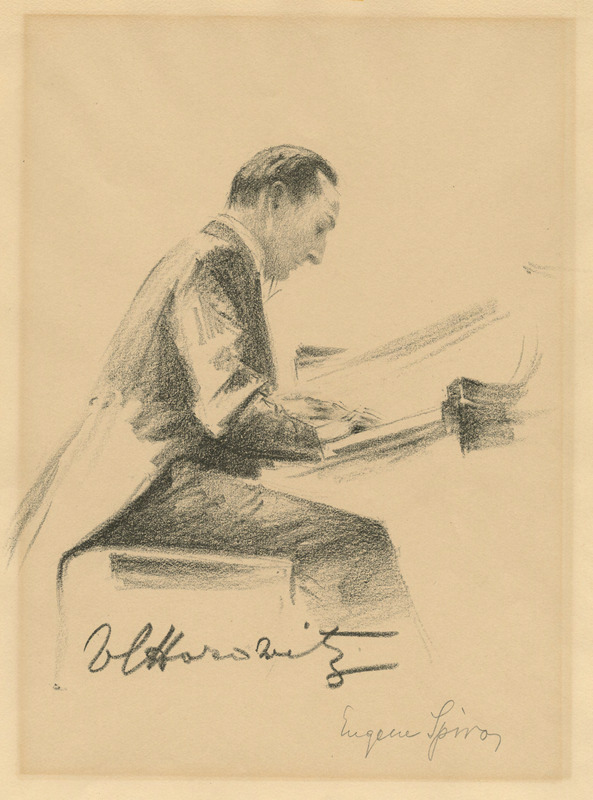 Vladimir Horowitz (1903-1989), one of the greatest pianist of all times, was a Russian-born classical composer, who lived most of his life in the United States.

Eugene Spiro is well remembered for his landscapes, life sketches, and portraits, particularly of famous conductors and musicians.