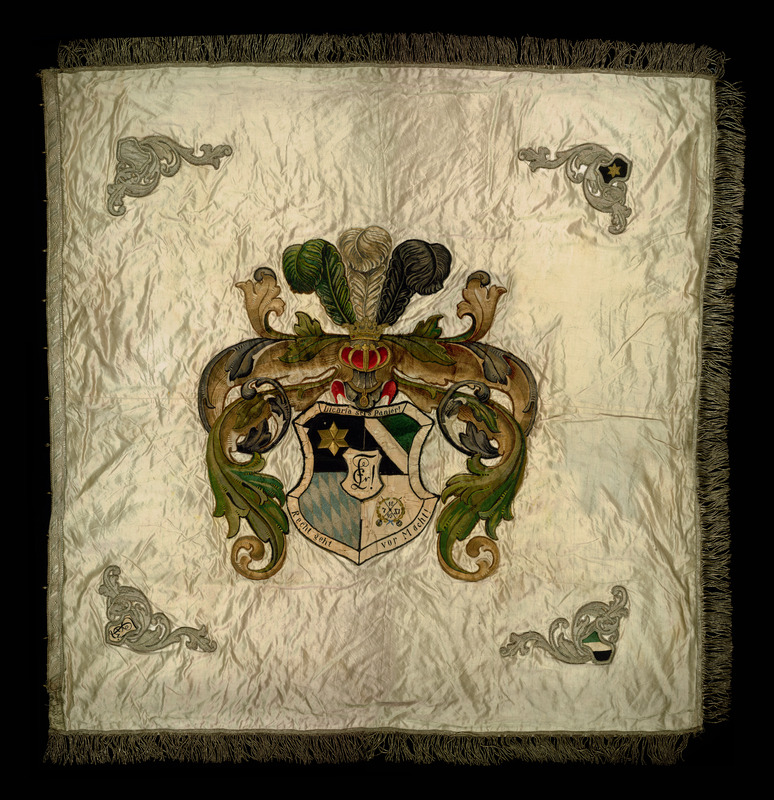 Studentenverbindung (student society) was a fraternity-like association, prevalent in German-speaking, central European countries. In the 19th century, they were influenced by German idealism and nationalism. In reaction to widespread antisemitic protests, the Karlsbad Decrees disbanded all such organizations and censorship was enforced. After the German revolution in 1848, fraternities were once again legal and began to flourish and diversify. Since antisemitism pervaded in certain associations, Jewish fraternities were formed beginning in the 1880s. The Kartell Convent (KC) was a national association of fraternities for German students of the Jewish faith, formed in 1896. Licaria Munich was one such fraternity formed in 1895. All Jewish organizations were disbanded by the Nazis in 1933.

A 'Zirkel' is a monogram symbol used by the student societies (Studentenverbindung). It contains the first letters of the society's name, a combination of the letters V-C-F or E-F-V, and an exclamation point at the end.