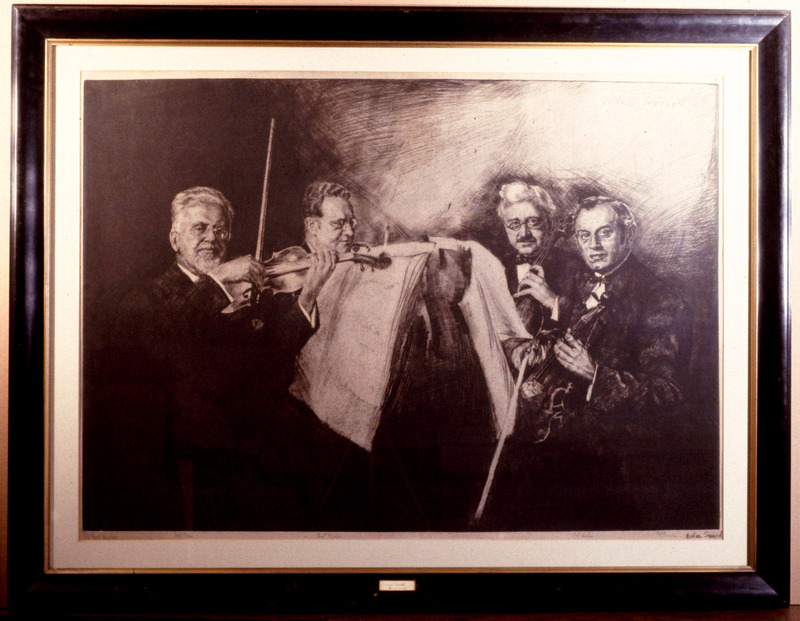 The Rosé Quartet was a string quartet formed by Arnold Rosé in 1882, active mainly in Vienna. The height of the group's popularity was between 1905 and 1920. It was disbanded in March 1938 due to the annexation of Austria into Germany (Anschluss), which forced Arnold Rosé to emigrate to London in 1939. Over the years, various musicians were members of the quartet.

Oskar Stössel was an Austrian painter and printmaker, known for his portraits and landscapes. Born in Graz, Stössel studied art in Vienna. In 1938, he fled to the U.S. and helped establish the "Austrian Action" group in New York City. He returned to Austria in the 1950s and died in Vienna in 1964.