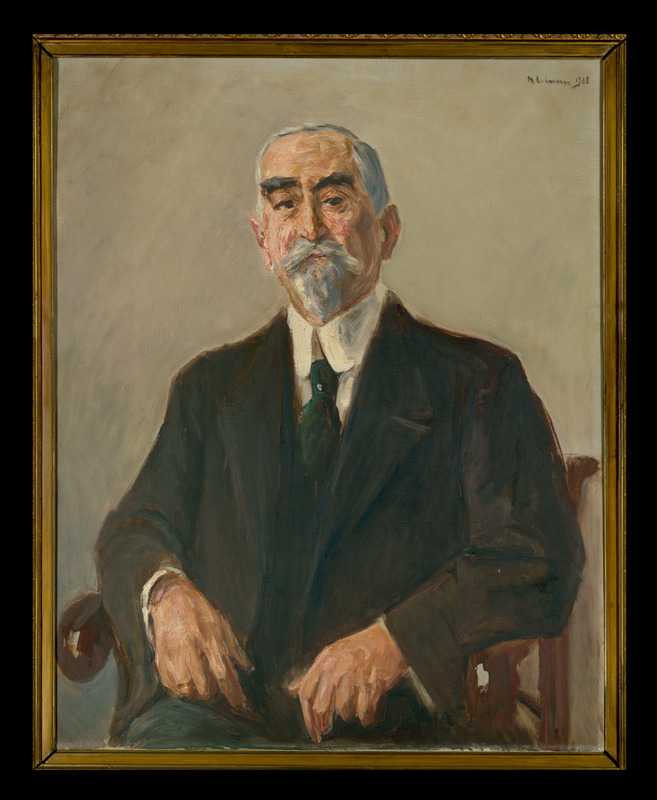 Leonhard Tietz was a German-Jewish merchant and entreprenuer. He owned a number of stores, most notably department stores in Cologne and Dusseldorf. After his death in 1914, his son Alfred continued the business. Once the Nazis rose to power in 1933, the Tietz family was forced to sell their shares and change the name of the department stores.

Max Liebermann trained in Weimar before continuing to study in Amsterdam and Paris, where he was influenced by Courbet, Millet, and the Barbizon School. Liebermann returned to Germany in 1878 and continued painting in the Impressionist style, founding the movement in his native country. In 1899, he helped found the Berlin Secession. He was a very influential figure in German art and was the dominant figure until the emergence of avant-garde art. He was the president of the Prussian Academy of Arts but was forced to resign in 1933 because he was Jewish.