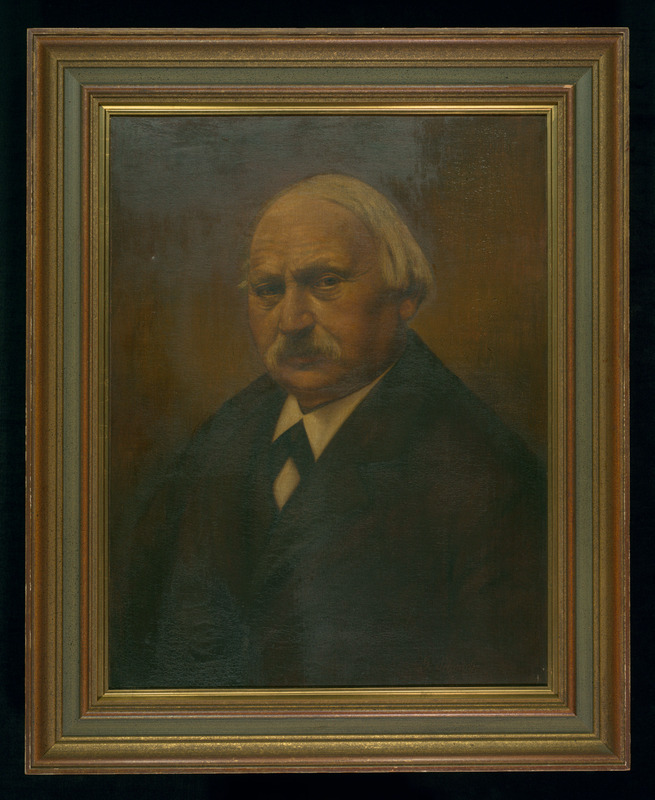 Adolph Frank was a German chemist, known for his work with potash and creating an industry around it. Born in Klötze, he was an apprentice to an apothecary in Osterburg before attending university in Berlin and studying pharmacy, technology and the natural sciences (1855-1857). He then earned his doctorate in chemistry in Göttingen. His other work involved fertilizers, the effects of light on bottled materials, and hydrogen extraction for blimps with Carl von Linde. Adolph Frank was awarded the John Scott Medal of The Franklin Institute in Philadelphia in 1893.

Gustav Schmidt was born in Peine in 1888. He studied painting and graphics at the Dresden Art Academy under Robert Sterl, Osmar Schindler, and Carl Bantzer. Between 1911 and 1913, he was a master student of Otto Gussmann. Schmidt served during World War I and returned in 1917 due to severe injuries. In 1919, he settled in Dresden and worked as a freelance artist. Most of his works depicted classical and biblical scenes.