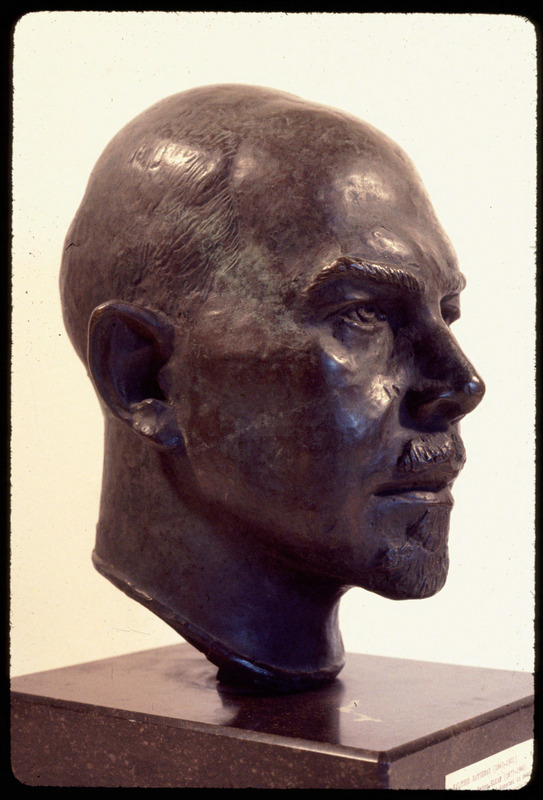 Walther Rathenau was a German-Jewish writer, industrialist, and influential statesman. He was assasinated while serving as foreign minister during the Weimar Republic in 1922.

Benno Elkan (1877-1960) was a German-Jewish sculptor and medallist. Born in Dortmund, he studied painting at the Royal Academy in Munich and later in Paris, where he befriended Paul Albert Bartholome. He returned to Germany in 1911 and learned sculpture on his own, creating a number of large tombstones, statues, and monuments. Elkan married Hedwig Einstein, a concert pianist and sister of Carl Einstien. Once the Nazis rose to power in 1933, he and his wife emigrated to London. In recognition of his artist contributions, he was made an Officer of the British Empire.