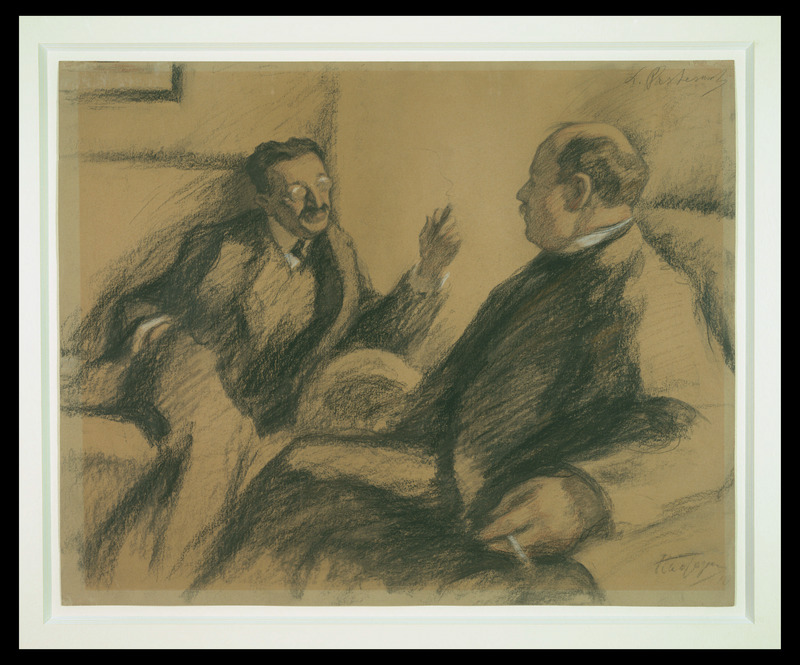 Hayim Nahman Bialik (January 9, 1873 - July 4, 1934) was one of the pioneers of modern Hebrew poetry. In 1924 he moved to Tel Aviv, where he became a celebrated literary figure and ultimately came to be recognized as Israel's national poet.

The prominent Moscow artist Leonid Osipovich Pasternak (1862-1945) was born in Odessa. He emigrated to Berlin in 1921, the same year as the Hebrew poet Bialik.