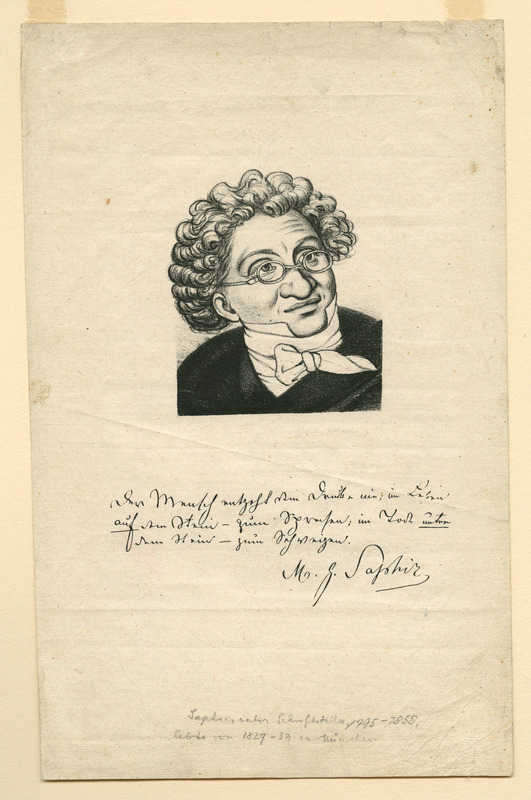 Saphir was born in Hungary and studied literature in Eastern Europe; he began his literary career in Pest, Hungary. Early success led to positions with newspapers in Vienna and Berlin, but his merciless reviews and satirical essays made him unpopular with the public. In 1829 he moved to Munich and helped found 'Der Bazar' (1830) and 'Der deutsche Horizont' (1831). One of his satires attacked the Bavarian royalty, resulting in his imprisonment and deportation. Fleeing to Paris, he quickly achieved fame through a series of lectures. He returned to Bavaria in 1831 and took over the editorship of the 'Bayerische Beobachter'. The following year he converted to Protestantism, and his apologetic manner and newfound restraint resulted in official forgiveness. In 1834 he moved to Vienna and founded 'Der Humorist' in 1837. He was active in the revolution of 1848 but retreated as a result of the continued unrest. He continued his lecture tours of Germany until his death in Baden in 1858.