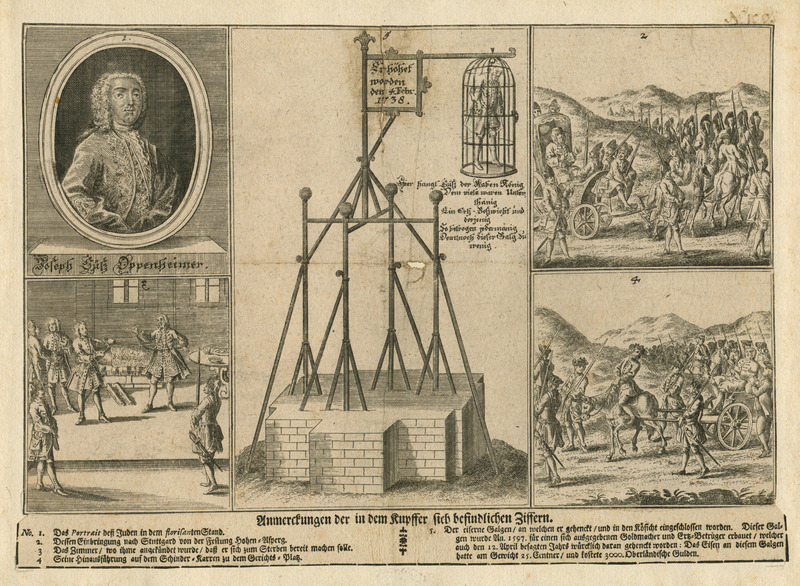 Joseph Süß Oppenheimer (1698 Heidelberg – 1738 Stuttgart) was a Jewish banker and financial planner for Duke Karl Alexander of Würtemberg in Stuttgart. He was a nephew and stepson of the banker Samuel Oppenheimer, diplomat and Shtadlan to Kaiser Leopold of Austria. He gained a prominent position as a court Jew and established a duchy monopoly on the trade of salt, leather, tobacco, and liquor and founded a bank and porcelain factory. Throughout his career, Oppenheimer made scores of powerful enemies, and on Duke Karl's death in 1737 he was arrested and charged with a variety of offenses. After a heavily publicized trial during which no proofs were produced, he was sentenced to death. He refused conversion to Christianity and he was hanged, his body left in a suspended cage. His story was the subject of a number of literary and dramatic treatments, including an antisemitic movie released by the Nazis in 1940.