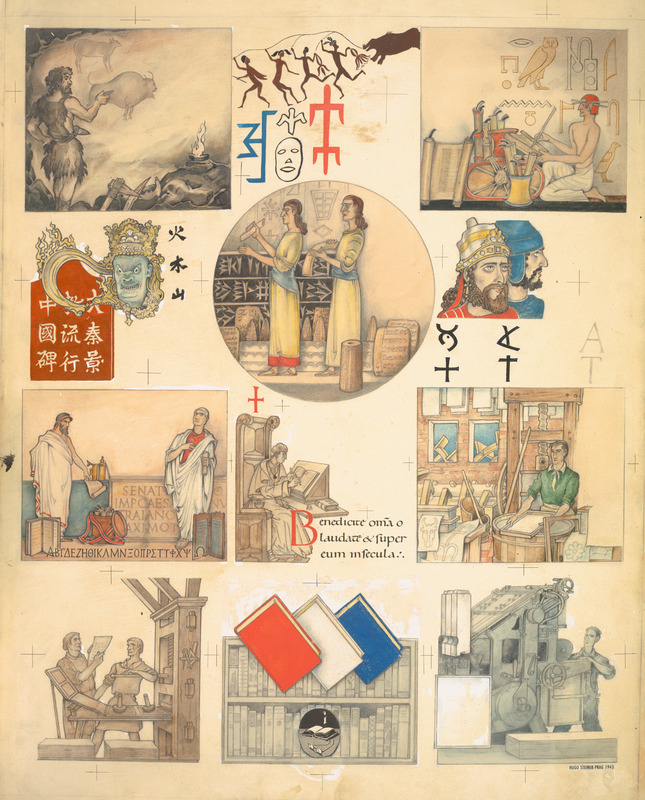 The son of a bookseller, Hugo Steiner-Prag attended the Academy of Arts in Prague from 1898 and continued his education at the Munich Art Academy from 1901-1903, where he was a student of Peter Halm and Franz von Stuck. In 1905 he converted from Judaism to Catholicism and became a German citizen in 1907, and during this time he worked at the Barmer Kunstgewerbeschule, where he was appointed to the Royal Academy of Graphic Arts and Printing Arts in Leipzig. From 1910, he held a chair there and was also artistic director of the Propylaea publishing house in Berlin. He was known for his illustrations of Lenau poems, Andersen's fairy tales and Hoffmann's "The Devil's Elixirs". In 1915, he illustrated Gustav Meyrink's novel "The Golem". He was president of the International Book Exhibition in Leipzig in 1919 and 1927 and organized the book departments of German exhibitions in Barcelona, Lyon, Paris, Pittsburgh and New York. He emigrated to Sweden in 1939 and then to the United States in 1941.