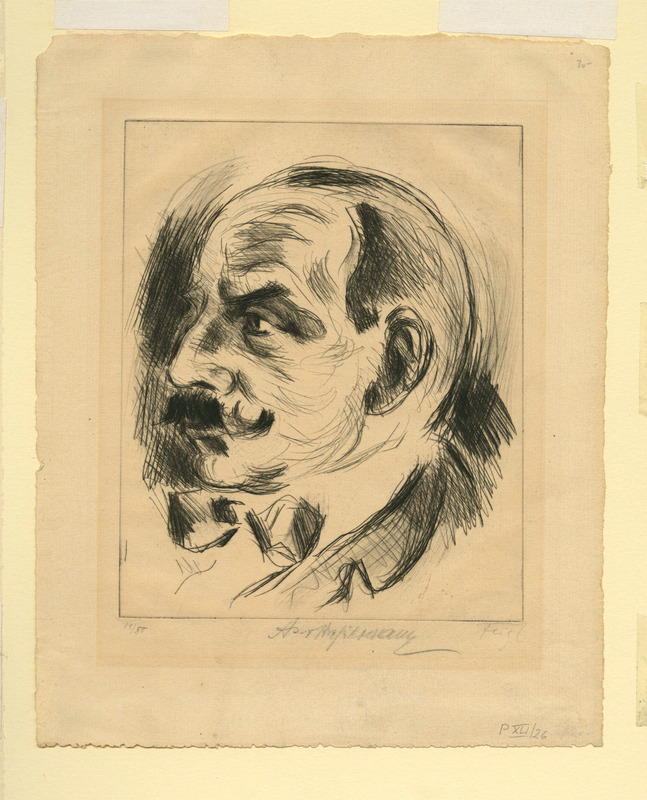 August Paul von Wassermann 1866-1925) was a German bacteriologist and hygienist. Born in Bamberg of Jewish origins, he studied at several universities throughout Germany, receiving his medical doctorate in 1888 from the University of Strassburg. In 1890 he began work under Robert Koch at the Institute for Infectious Diseases in Berlin. In 1906 he became director of the division for experimental therapy and serum research at the institute, followed by a directorship of the department of experimental therapy at the Kaiser-Wilhelm-Gesellschaft for the Advancement of Science in Berlin-Dahlem (1913). Wassermann developed a complement fixation test for the diagnosis of syphilis in 1906, just one year after the causative organism, Spirochaeta pallida, had been identified by Fritz Schaudinn and Erich Hoffmann. The so-called "Wassermann test" allowed for early detection of the disease (despite its nonspecific symptoms), and thus prevention of transmission.

Friedrich (Bedřich) Feigl (1884, Prague-1965, London) was a Czech Jewish painter, graphic designer and illustrator, born to a German-speaking Jewish family. He was influenced by the work of Max Liebermann and exhibited with Osma ("The Eight"), an avant-garde artist group that included Czechs, German-Bohemians and Jews. His brother was the gallerist Hugo Feigl.