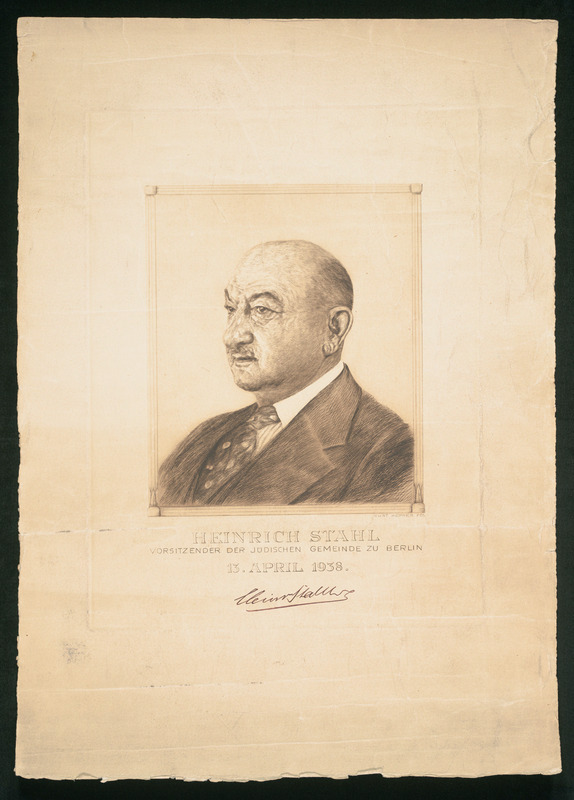 Heinrich Stahl was born in Berlin-Rudow on April 13, 1868. For much of his life, he worked as an insurance executive, including with the Viktoria Versicherungsgesellschaft in Berlin, and was also involved in Jewish communal affairs. In 1933 he was elected chairman of the Berlin Jewish community. Stahl was very involved in assisting Berlin Jews in leaving Germany, and in this capacity worked with many organizations, including the Reichsvertretung der Juden in Deutschland. On June 11, 1942 Heinrich Stahl was deported from Berlin with his wife Jenny. He died in Theresienstadt in November 1942 of a lung infection at the age of 75.