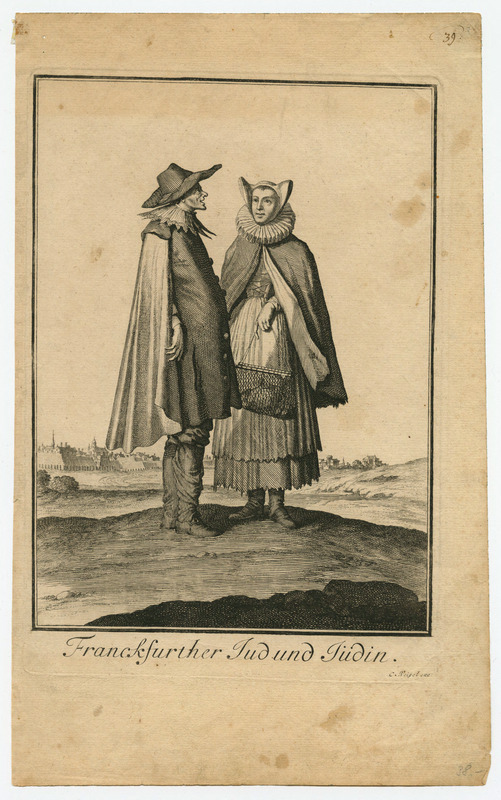 The volume of prints, “Neu-eröffnete Welt-Galleria”, featured magnificent portraits of European nobility as well as images of people from a variety of nations. Its introduction was written by the famous preacher Abraham a Sancta Clara. In 1677, Sancta Clara was appointed the Imperial Court preacher in Vienna. He was known for his rabid anti-Semitism as well as his hatred of the "infidel" Turks. In the introduction to the “Neu-eröffnete Welt-Galleria” Sancta Clara stated that one should study this volume so as to be able to differentiate one class from another. Furthermore, Sancta Clara inveighed against those individuals, who dress themselves in the clothes of other nations. Despite Sancta Clara's vituperative attitudes, the images in this volume were decidedly neutral, neither mocking nor caricaturing the subjects. It is conceivable that the artist, Luyken, who was raised in the tolerant city of Amsterdam, did not share Sancta Clara's negative point of view.

Dutch painter and printmaker Caspar Luyken traveled to Nuremberg in 1699, and for the next six years he collaborated with the noted German print publisher and art dealer Christoph Weigel on the production of numerous illustrated books.