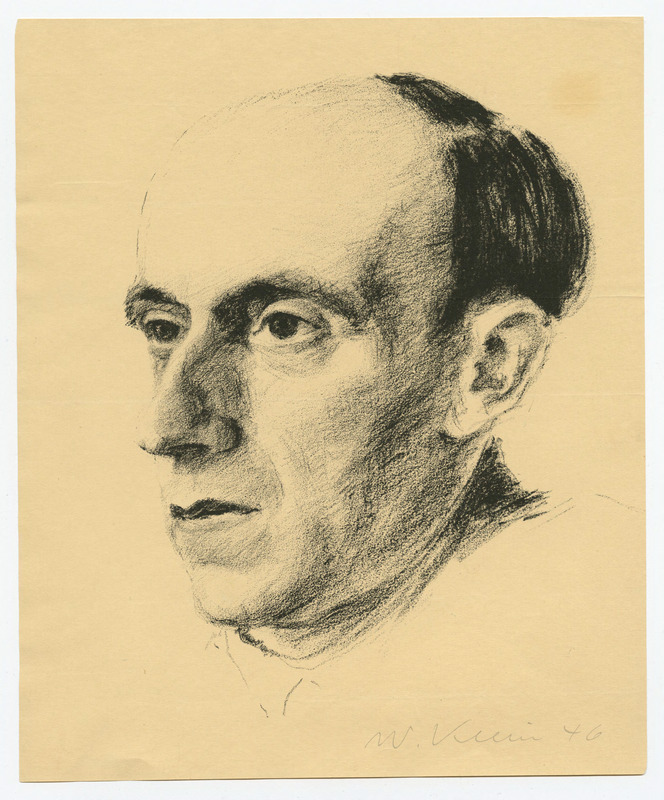 The German classical philologist and literary scholar Ernst Grumach was born on November 7, 1902 in Tilsit (today Sowetsk, in Kaliningrad Oblast) into a Jewish family. His father was a lawyer, and due to his family’s economic security Ernst Grumach could study philosophy; philology; Egyptology; and linguistics at the Universities of Königsberg, Leipzig, Berlin, Heidelberg, and Marburg. He was a member of the faculty at the Königsberg University from 1930 to 1933. Grumach then opened a bookstore, which he operated for four years until 1937, when he was invited to Berlin to teach at the ‘Lehranstalt für die Wissenschaft des Judentums’, where German Jews who had been excluded from most educational institutions by the Nazis, could continue their studies. When the school was shut down, Ernst Grumach cataloged books, newspapers and other artifacts that had been looted by the Nazis during the Second World War. When this collection was destroyed in a bombing raid, Grumach was forced into hard labor. In 1949, Grumach joined the faculty of the Humboldt University in Berlin, teaching antique philosophy as well as Goethe. He also headed new editions of Goethe and of Aristotle at the East German Academy of Science. Ernst Grumach died in London on October 5, 1967.