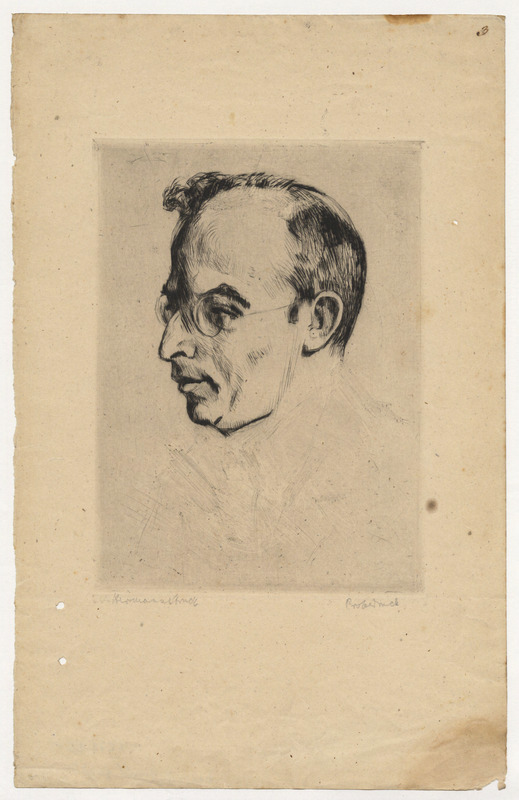 Arnold Zweig (1887–1968) was a German writer and anti-war activist. Zweig volunteered to serve in the German army during World War I, but was so affected by the experience that he became a pacifist. In 1920, he worked with Hermann Struck to publish "Das ostjüdische Antlitz". Zweig also supported Zionism and was interested in psychoanalysis, corresponding with Sigmund Freud for a number of years. In 1933, he went into voluntary exile, going from Czechoslovakia, to Switzerland, and then France before settling in Haifa, Israel. Zweig eventually returned to East Germany in 1948. He became a member of parliament, a delegate to the World Peace Council, as well as president of the DDR Academy of Arts in Berlin from 1950 to 1953. He died in East Berlin in 1968.