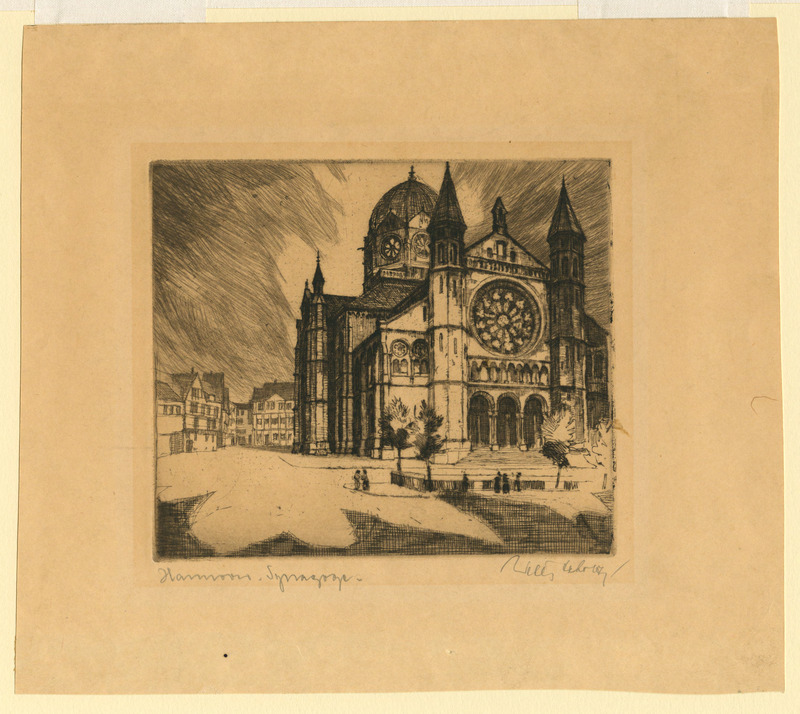 Edwin Oppler (1831-1880) was a German architect, born in lower Silesia. He studied architecture in Hannover under Conrad Wilhelm Hase and worked primarily in a historicist neo-gothic style. His most famous building was the synagogue in Hannover. Edwin Oppler’s two sons, Alexander Oppler and Ernst Oppler were renowned artists in their own right.