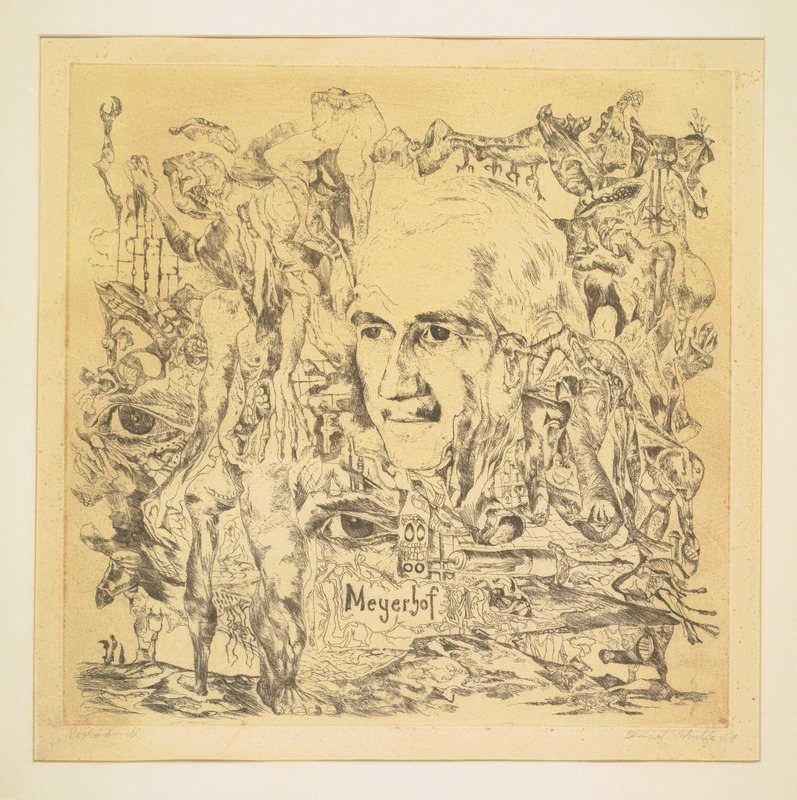 Otto Fritz Meyerhof was a German-Jewish physicist, biochemist, and professor. He won the 1922 Nobel Prize in Physiology or Medicine for his work with Vivian Hill on muscle metabolism and glycolysis. He moved to Paris in 1938 to escape Nazi rule and then to the U.S. in 1940.

Bernard Schultze was a German abstract painter. He studied at the Academy of Art Education in Berlin from 1934-1939. He married fellow painter, Ursula Bluhm, in 1955. He was a proponent of the Art Infomel movement, a post-war abtract movement that began in Paris, and a founder of the Quadriga artist group. Schultze's early works were destroyed in a Berlin air rade in 1945.