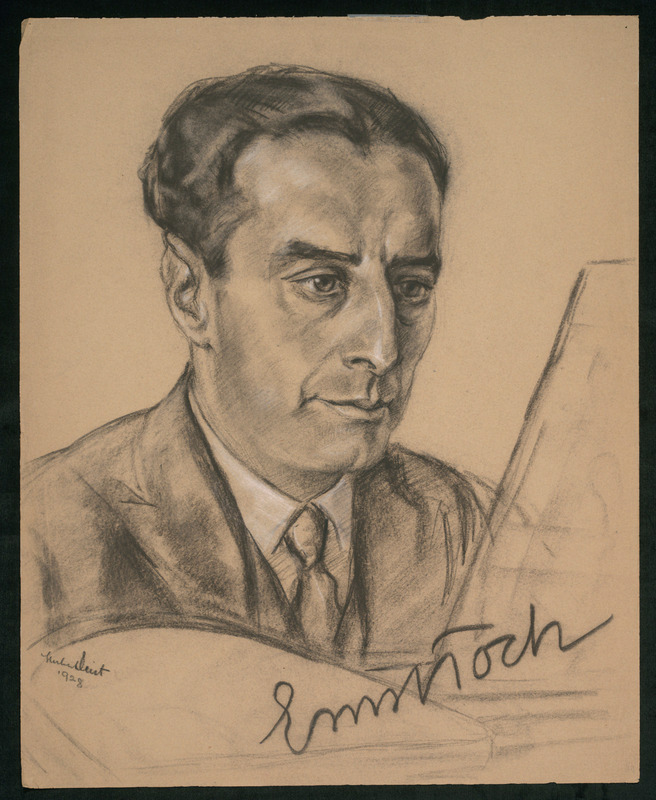 Ernst Toch (1887-1967) was a Jewish composer, born in Vienna. He studied music at the Hoch Conservatory (1909–1913) in Frankfurt, and in 1913 was appointed was appointed a professor of music at the College of Music in Mannheim. He fled Germany in 1933 and eventually settled in the United States in 1935, where he earned money composing scores for Hollywood films.

Herbert Feist (1903-1981) was born in Mannheim, Germany to Dr. David Walter Feist (1864-1921) and Auguste Feist née Herschel (1878-1930). Herbert was an artist in Germany, selling his sketches of people to various publications. In 1934, he married Edith née Gruenthal (born 1912). After their immigration to the United States in 1936, Herbert started a business (Polytect Corporation) and also became a patent attorney. In the 1960s, Feist started an art gallery on the upper east side of Manhattan, where he remained until his death.