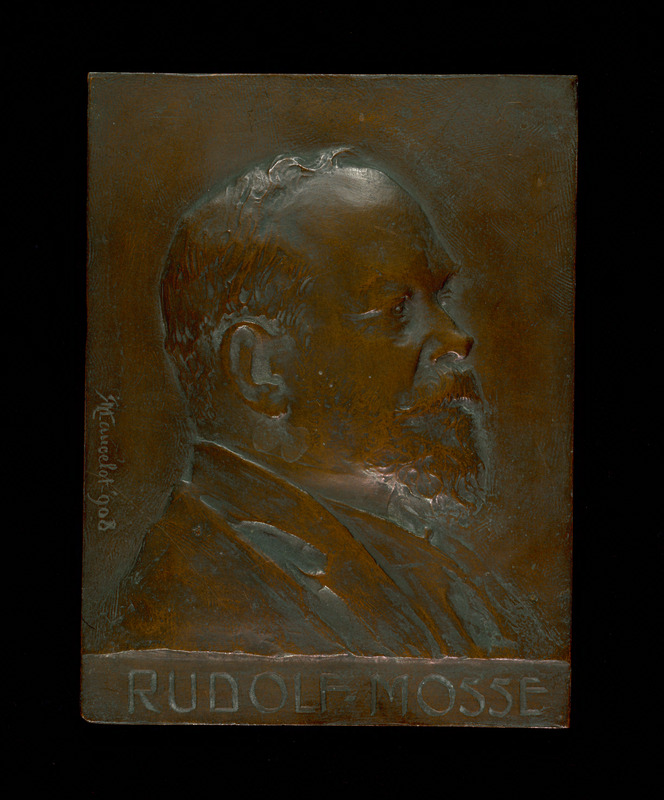 Rudolf Mosse was born in Grätz (now Grodzisk Wielkopolski, Poland) in 1843. He attended school in Lissa but never finished. He worked at a bookstore in Posen and then as a publishing apprentice in Leipzig and Berlin. In 1867, he estbablished a newspaper advertising agency in Berlin, which eventually expanded to numerous cities in Germany and abroad. He founded the newspaper "Berliner Tageblatt" in 1871 and went on to acquire several other newspapers. In 1873, he married Emilie Loewenstein and adopted Felicia (neé Marx) soon after. Mosse was also known for his philanthropic work. With the changed social and economic situation in Germany after the First World War, he withdrew from public life and died on September 8, 1920 in Schenkendorf, Germany.

Marcelle Renée Lancelot-Croce was a sculptor, medallist, and printmaker. She was born in Paris in 1863 to sculptor Emile Lancelot. She studied sculpture under her father, Jules Chaplain, Hubert Ponscarme, and Eugène Delaplanche. From an early age in 1878, her work was exhibited regularly at the annual Paris salons and won several awards, both in France and internationally, for her work. She married the Italian artist Croce and gained Italian citizenship.