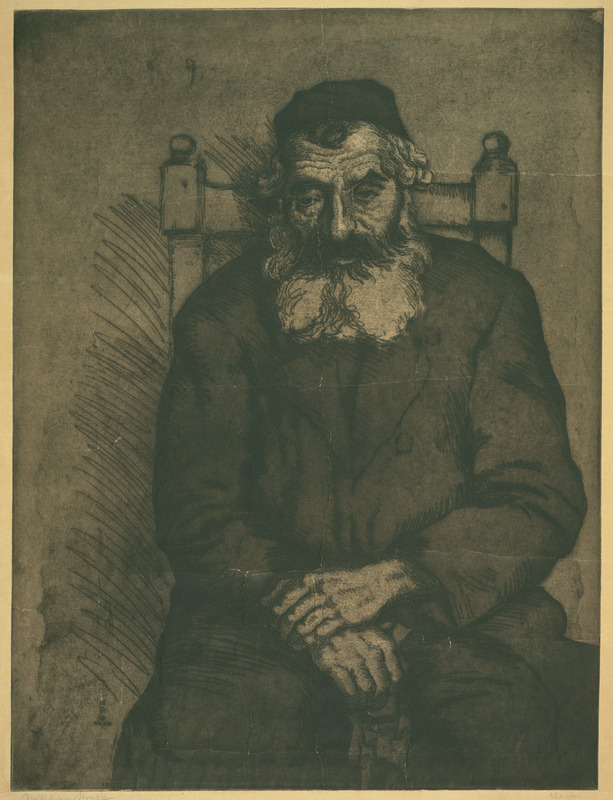 The Wandering Man, or Ahasver, is a mythical figure. The antisemitic legend, which spread in 13th century Europe and has persisted in literature since the 17th century, features an "Eternal Jew" working as a tradesman, who taunts Jesus on the way to his Crucifixion. He is then cursed to wander the earth until the Secong Coming. Aspects of his characteristics and impropriety vary in different renditions of the tale.

Struck was a master of etching and book illustration. He taught the art of printmaking to Marc Chagall, Max Liebermann, and Arno Nadel and his monograph on the art of etching is a classic in the field. Struck was both an Orthodox Jew and a Zionist, however, his outlook on the world was decidedly cosmopolitan. This is also evident in his countless portraits, from Friedrich Nietzsche to Sigmund Freud, and impressions from his wide travels. While on service in the German Army during World War I, he came into contact with the Jewish communities of Galicia and Lithuania. During this time, he created a series of sketches in Eastern Europe, which he lated turned into a book together with Arnold Zweig, titled "The Face of East European Jewry". In 1923, he emigrated to Palestine, where he was part of the Bezalel School in Jerusalem.