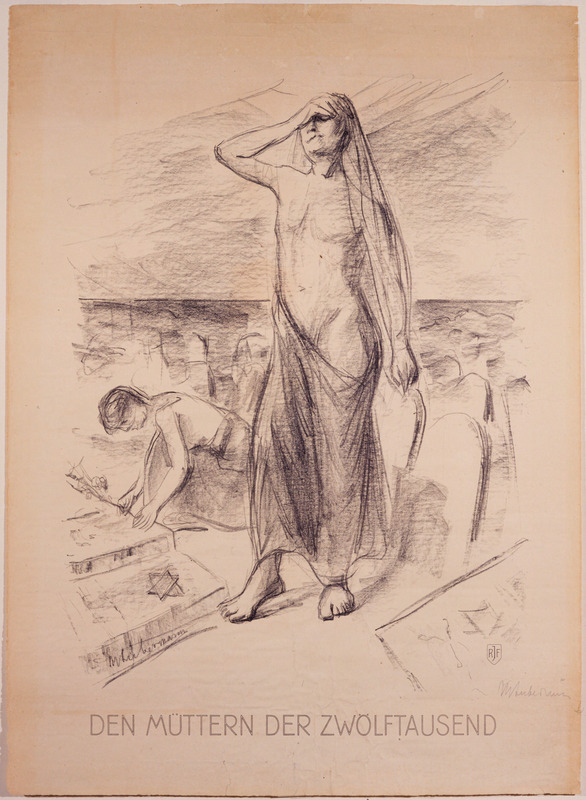 The "twelve thousand" refers to the Jewish soldiers killed during World War I, reminding Germans of the patriotism and sacrifices of German Jews in the face of discrimination at the time in 1935. Some falsely accused the Jews of draft evasion. The RJF, Reichsbund Juedischer Frontsoldaten (National Organization of the Jewish Front Soldiers), was a sponsoring organization.

Max Liebermann (1847-1935) trained in Weimar before continuing to study in Amsterdam and Paris, where he was influenced by Courbet, Millet, and the Barbizon School. Liebermann returned to Germany in 1878 and continued painting in the Impressionist style, founding the movement in his native country. In 1899, he helped found the Berlin Secession. He was a very influential figure in German art and was the dominant figure until the emergence of avant-garde art. He was the president of the Prussian Academy of Arts but resigned in 1933 because he was forbidden to paint as a Jew.

Liebermann, Max: To the Mothers of the Twelve Thousand, Leo Baeck Institute, 78.1842.