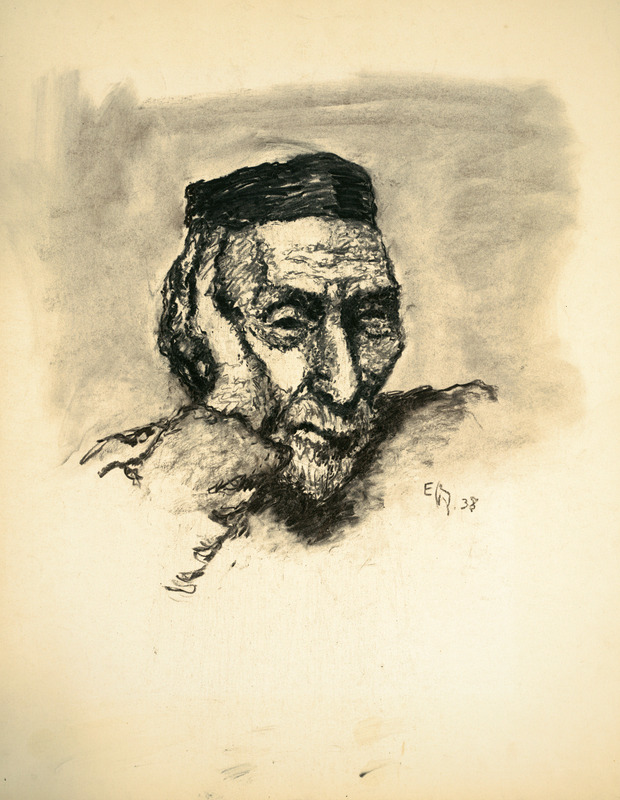 Else Meidner, née Meyer, was born to a German-Jewish family in Berlin in 1901. Painter. She studied from 1918-25 in Berlin at the School for Arts and Crafts, the Art Academy, and the Studienatelier für Malerei und Plastik Lewin-Funke where she met her future husband Ludwig Meidner. She married Ludwig in 1927, and Rabbi Leo Baeck officiated the ceremony. Ludwig and Else arrived as refugees in London in 1939, shortly before the outbreak of war. Ines Schlenker (Kings College), in her paper ‘Else Meidner: Gender, Ethnicity and Condition of Exile’, did much to remedy the neglect of this forceful woman artist. Given her plight working as a servant in war-torn London, separated from both her husband and son David, it is all the more remarkable that she participated in a joint exhibition with her husband at the Ben Uri Gallery in 1949. She died in London in 1987.