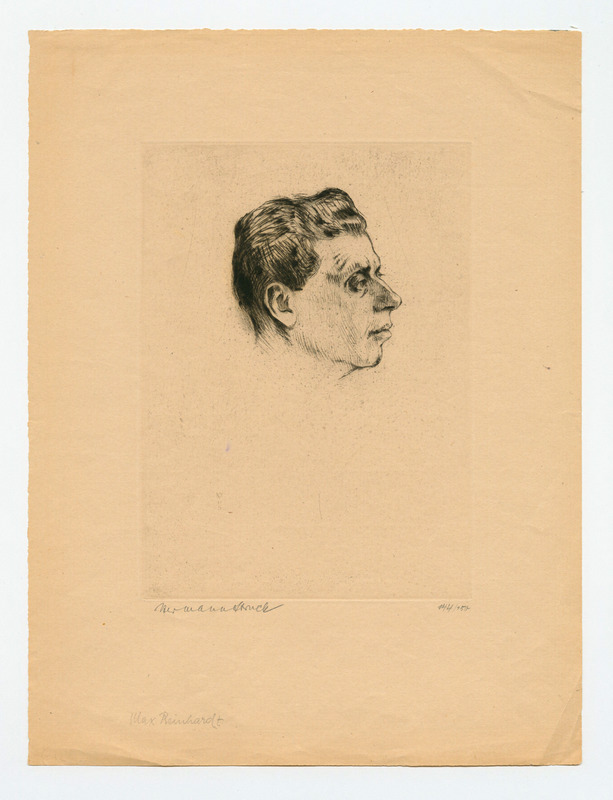 Max Reinhardt was born Maximilian Goldmann in Baden bei Wien, Austria. From 1902 until the beginning of Nazi rule in 1933, he worked as a director at various theaters in Berlin. From 1905 to 1930 he managed "Deutsches Theater" in Berlin and, in addition, "Theater in der Josefstadt" in Vienna from 1924 to 1933. In 1920, he established the Salzburg Festival with the performance of Hofmannsthal's Jedermann. By employing powerful staging techniques, and harmonising stage design, language, music and choreography, Reinhardt introduced new dimensions into German theater. He also directed several films. After the Anschluss of Austria to Nazi-governed Germany in 1938, he emigrated first to Britain, then to the United States. Reinhardt opened the Reinhardt School of the Theater in Hollywood, on Sunset Boulevard. He died in 1943.