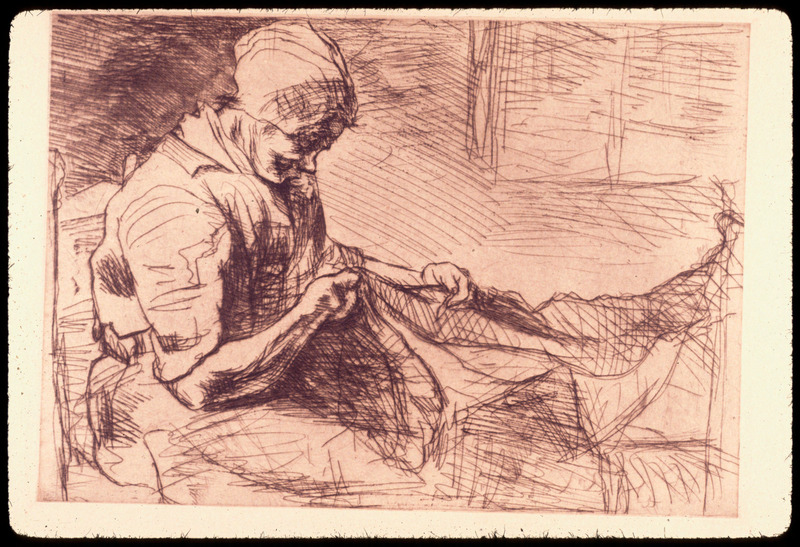 The Dutch painter and etcher Jozef Israëls was born to Jewish parents in Groningen, Netherlands, on January 27, 1824. Israëls, often called the “Dutch Millet”, was the leader of the Hague school of peasant genre painting, which flourished in the Netherlands between 1860 and 1900. In Amsterdam he painted somber and moving scenes from the lives of Dutch fishermen and peasantry, for which he soon became famous. In 1870 he moved to The Hague. His dramatic use of silvery-gray light is expressive of the melancholy character of his themes. Israëls was equally proficient in oil and watercolor and was an accomplished etcher. Among his best-known works are The Zandvoort Fisherman, Toilers of the Sea, and David Singing before Saul (all in Amsterdam) and Expectation (Metropolitan Museum). Jozef Israëls died in The Hague on August 12, 1911. - His son, Isaäc Israëls (1865—1934), a painter of the social life of his day, was greatly influenced by the impressionists; his representative works are mainly in The Hague.