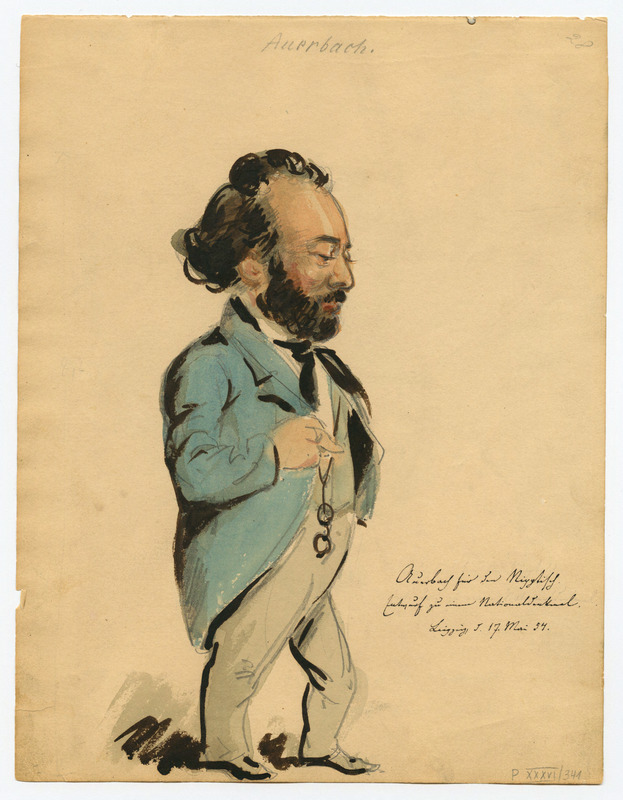 Berthold Auberbach – born as Moses Baruch in Nordstetten, Württemberg in 1812 - was a Jewish German novelist and essayist, who devoted much time to the cause of emancipation. He died in Cannes, France in 1882.

Herbert König was born in Dresden in 1820 and studied at the Dresdner Kunstakadamie. He worked in several German cities as an illustrator and portraitist until he settled in Saxony, where he died in 1876.