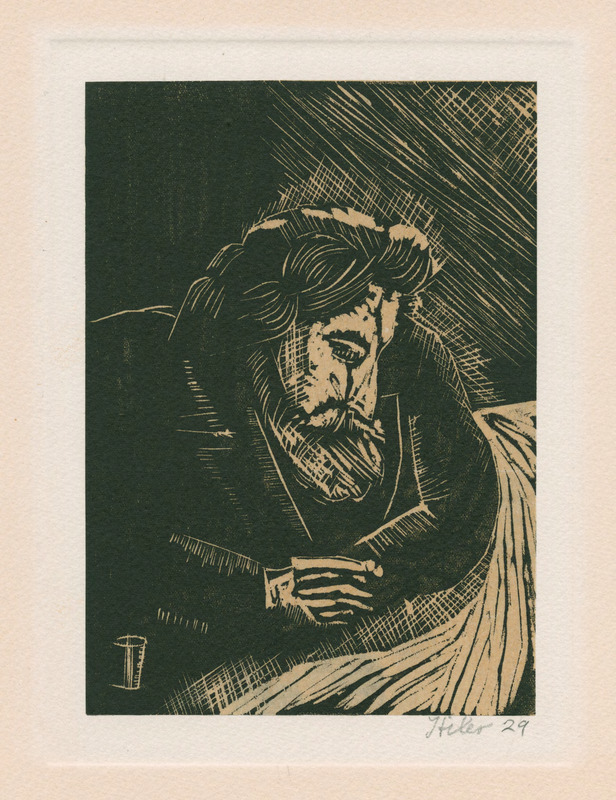 Hilaire Hiler was born as Hilaire Harzberg in St. Paul, Minnesota in 1898, a grandson of German Jews, and he grew up in Providence, Rhode Island. He changed his name to Hiler to avoid anti-Semitism. From 1919-34 he lived in Paris. There he frequented the Jockey Club in Montparnasse, where he played Jazz piano and saxophone and painted the interior. He also designed theater sets and costumes. He returned to the US in 1934 and painted wall murals for the WPA. His later work became completely abstract, and he wrote extensively on his theories of color and abstraction before his death in 1966.

Hiler, Hilaire: Portrait of a man leaning on a table, Leo Baeck Institute, 78.534.