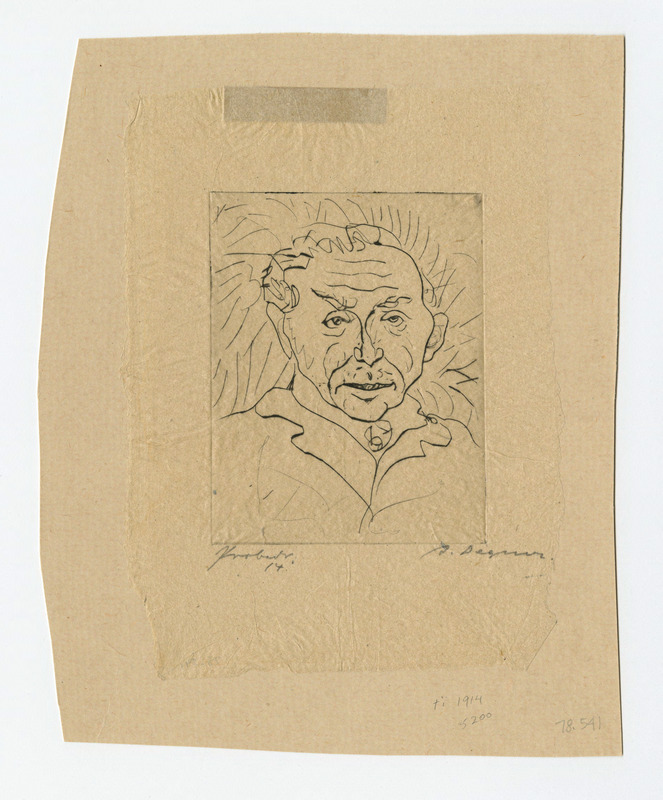 Arthur Degner was born in Gumbinnen (Ostpreussen) on March 2, 1888. He was a German painter, graphic artist, and sculptor. From 1906 to 1908 he studied at the Koenigsberg Academy of Arts under Ludwig Dettmann and Otto Heichert. In 1909 he went to Berlin where he was strongly influenced by Lovis Corinth and Max Liebermann. At the suggestion of Paul Cassirer, Degner traveled to Paris in 1910 to show his work in Cassirer’s art gallery. He became a member of the Free Secession, and in 1919 he was elected to the executive committee of the Berlin Secession. In 1937 six of his works were seized as "degenerate art", and in 1939 he was excluded from the Reich's culture chamber. Degner won numerous prizes for his work over the years and was awarded the Order of Merit on his retirement from the Hochschule für Bildende Künste (University of the Arts) in Berlin. He is represented in the major art galleries and museums of Germany. Arthur Degner died in Berlin on March 7, 1972.