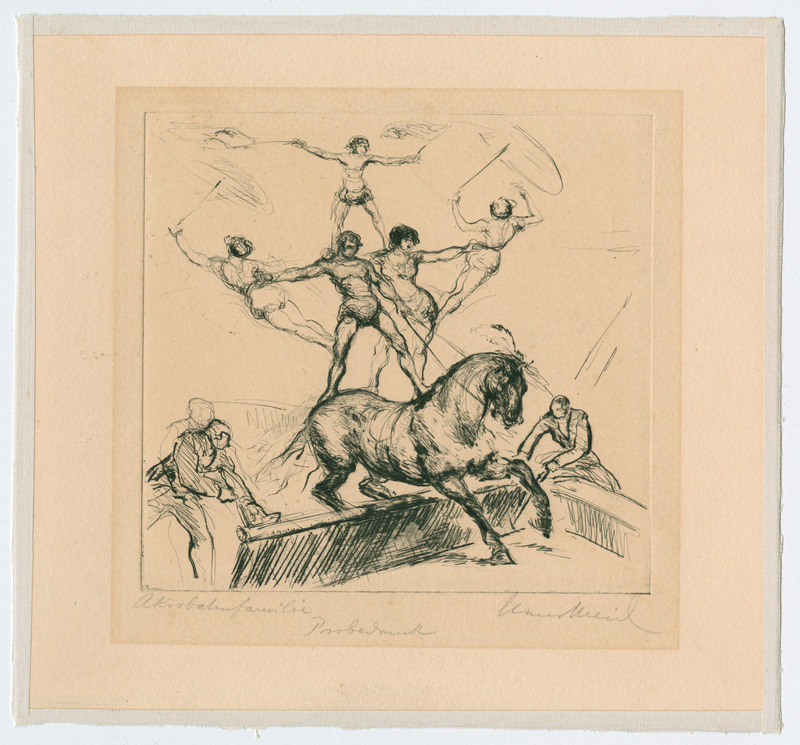 Hans Meid (1883-1957), along with Max Slevogt, was a major leader of Impressionism in Germany during the first decades of the twentieth century. A talented lithographic artist, etcher, engraver, painter, illustrator and scenic designer, Hans Meid studied art in Karlsruhe under the direction of Trubner and Conz. His first artistic work dates from 1907, when he was employed as a designer for the firm of Meissen. Within several years, Hans Meid was creating both etchings and lithographs and exhibiting his art throughout Europe, including at the Berlin Secession. In 1919, he accepted the post of Professor of Engraving at the Berlin Academy. In 1934, following Käthe Kollwitz, he became the director of the Meisterateliers für Grafik an der Preußischen Akademie der Kunst. His students included Felix Nussbaum and Rudi Lesser. During his career, Hans Meid created over 550 original lithographs, etchings, and dry points with the majority being landscapes, figure studies, and portraits. Most were made between 1910 and 1930, the period most scholars point to as being Meid's greatest. During the war he kept his distance from the Nazi regime. He later taught in Stuttgart and lived in Ludwigsburg.