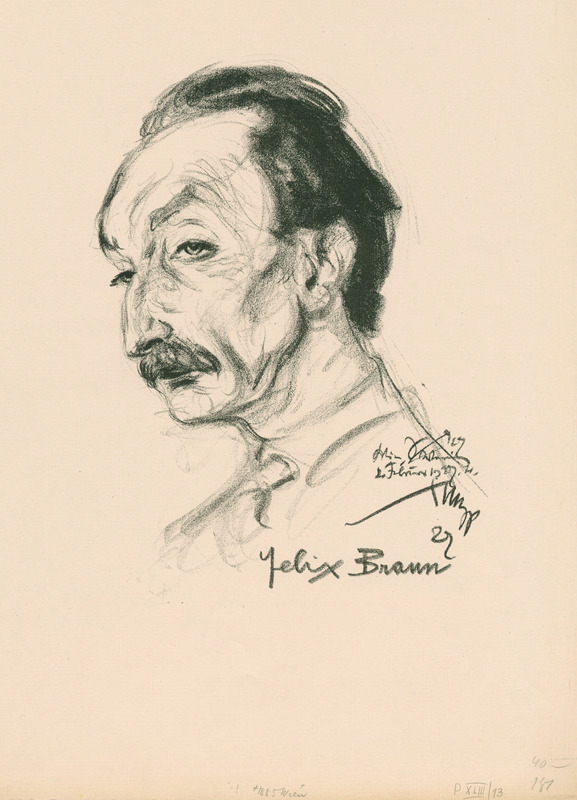 Felix Braun was an Austrian writer. He became a Privatdozent of German Literature at Univeristy of Padua and in Palermo. In 1935, he converted from Judaism to Catholicism. His work was banned by the Nazis and he fled to the UK in 1939, where he taught literature and art history. In 1951 he returned to Austria.